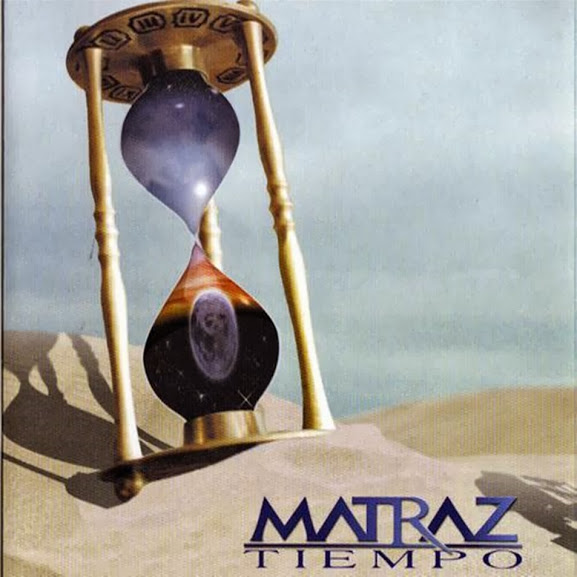 By now I guess it’s safe to say more people know Matraz from their second album (Gritaré, reviewed in #30) than from this, their first. With this reissue, we’re all getting another chance to hear a great Chilean band – and they’re getting a chance to sell a few more copies. The primary components of the Matraz sound are Claudio Cordero’s guitar, which ranges from fusion flash to metal crunch to atmospheric effects, Diego Aburto’s keyboards, with emphasis on piano and monophonic synthesizer, and complex arrangements pinned down by thunderous bass and active drumming. Vocals are less of an emphasis, and are handled by bassist Inti Oyarzún, a capable tenor with good range and intonation if not the great charisma of Loreto Chaparro, the singer who replaced him for the next album. While the sound is undeniably “progressive,” there are no clear precedents, certainly not the most common ones (Yes, Genesis, King Crimson). Some listeners may be put off by the heavier passages, which approach a kind of prog-metal chugging, but that is only one aspect of the varied sound. Tempo and meter vary greatly, and the sophisticated compositions are powerfully structured, pulling things together into a coherent whole that brings the wide variation together with recurring themes or motifs. Unexpected touches, like the marimba/piano duet on “Mañana”, set Matraz apart from lesser bands, both in neo-prog and prog-metal (though including Matraz in either is a disservice).

Jean-Luc Ponty - Life Enigma – I’m probably not unique in my history with Jean-Luc Ponty. I discovered his inventive, melodic jazz-fusion violin playing with his albums of the seventies like Enigmatic Ocean and Imaginary Voyage,...  (2002) » Read more