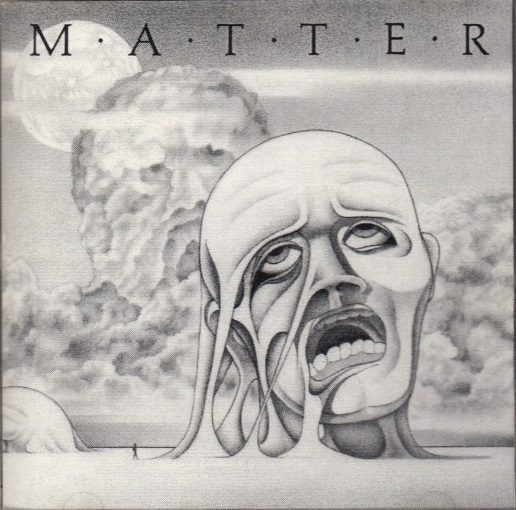 If you like quirky psychedelic guitar-rock drenched with Mellotron, read on... Matter is pretty much the two man project of Joe Albarran (Chapman Stick, bass, Mellotron and guitar) and Mike Madden (drums and percussion) — although Spyder Powers contributes lead guitar on a few of the tracks. For a sound comparison, some parallels to a Djam Karet or Steve Tibbetts might be in order, with some of that everpresent King Crimson style Mellotron thrown into the mix — yet one cannot say this sounds like any of the former other than as a quick reference — in fact the overall sound is far more jagged and psychedelic — for lack of a better word, bringing to mind some of the early German bands like Ashra Tempel or Guru Guru before they smoothed out their sound. Recording quality tends to be a little substandard for the 90s, which tends to further authenticate the 70s feel. No vocals here to speak of, other than some whispers and background screaming on one track. Some of the tracks, like the shimmering "Beyond the Fourth Dimension" or "Gravity Field" with its spastic guitar leads, tend to stand out among the others, yet even as such most of the album has kind of a sameness about it that maybe more variety of instrumentation could provide. "Bog" is a slower cut with fuzzy lead melodies walking over a bed of Mellotron and percussive bass. This is one of those albums that beckons you back for more listens as it slowly reveals itself and its subtleties, its strengths and weaknesses.