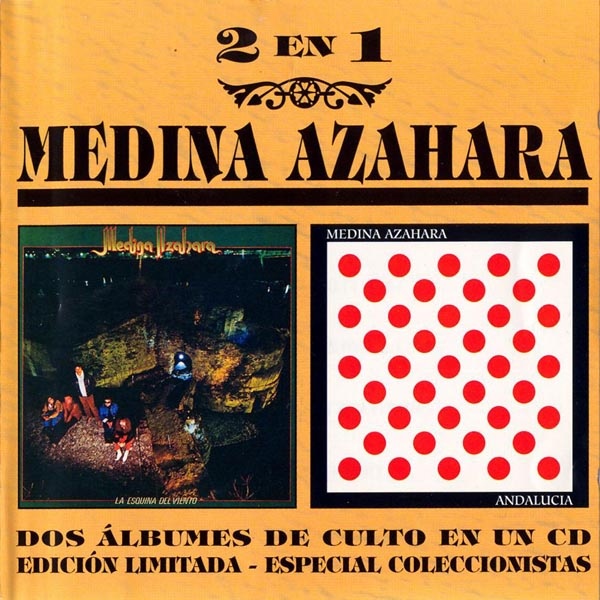 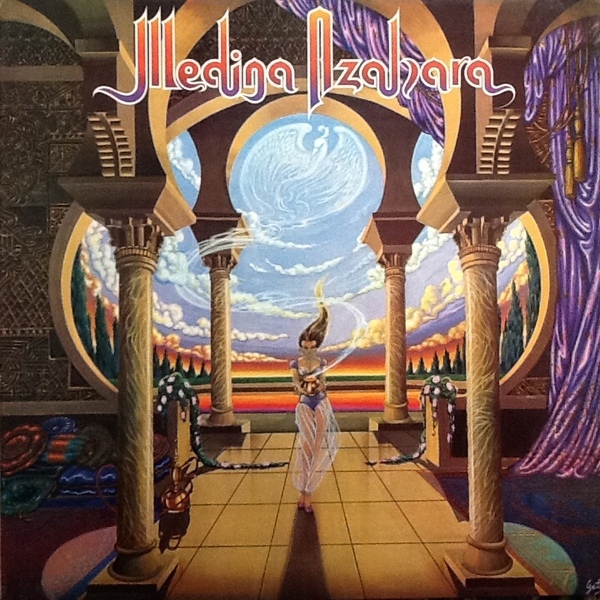 Medina Azahara are one of the longest running Spanish symphonic rock bands. If I'm not mistaken, they may still be together. While most of their contemporaries disappeared due to the Spanish press's lack of support for progressive music, Medina Azahara continued into a more commercial hard rock style to keep up with the changing times. These three albums, the second and third appearing on one disc, are their early works originally released on CBS. Medina Azahara fit squarely in the flamenco / symphonic rock camp pioneered by Triana, perfected by Mezquita, and continued by many others. Their music is characterized by shorter four-minute pieces that generally have three or four sections, are stated by a unison guitar / keys melody similar to Spanish folk and filled to the brim with emotion and Mediterranean romantic flair. Their first two albums are their best, practically every track on both is a gem and their tones are perfect for the music. I'd give a nod to La Esquina del Viento, but for no particular objective reason. The third album, Andalucía, shows a perceptable change to a poppier rock style although there are still a few tracks on it that are in the vein of the first two. Fans of Triana, Mezquita, Iman etc. are guaranteed to love these. Start with Viento / Andalucía, it's the better deal for the money.