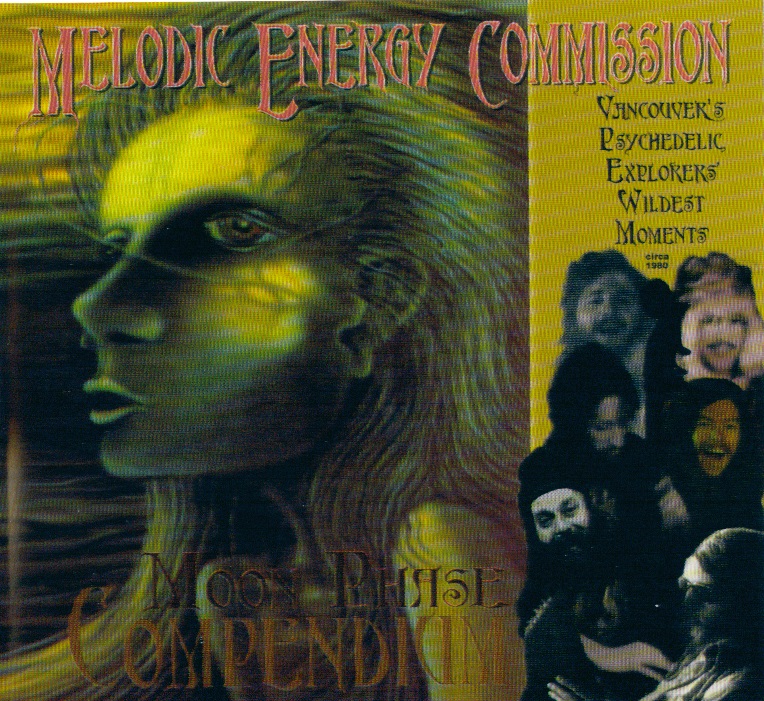 Rarely does one uncover psychedelic music from the late 70s or early 80s, so when one finds a pair of albums as anachronistic as these, and as good as these, one is obliged to wax superlative. Melodic Energy Commission is perhaps best known for being Del Dettmar’s home after Hawkwind, yet the Vancouver-based group of musicians builds on a more diverse base than the grungy, swirly space rock style of Hawkwind. The CD incorporates both of their albums, Stranger in Mystery and Migration of the Snails, although inverting them and thoughtfully putting the better album first. Migration is truly a wonderful piece. It moves from the bizarre opener with great fuzz guitar solo, “Flight of the Dodo,” into a suite of undefinable and inventive electronic psych rock pieces. Guest Kathleen Yearwood adds her voice to the mix giving the overall sound hints of Pierrot Lunaire or Älgarnas Trädgård. Xaliman’s voice sounds uncannily like Steve Hillage, giving his appearances a tinge of Gong. The musicians play a wide array of different instruments, and the constant theme throughout is the pioneering of new sounds. Constantly and surprisingly original throughout, this is an album one can listen to again and again, noticing new subtleties to the mix. Stranger in Mystery is the band’s first album, and shows the Commission in a more primitive and early stage. Whilst on Migration the acoustic and electronic elements are well-integrated, on Mystery, they are often differentiated — a psychedelic folk piece next to an electronic experiment, rather than the merger of both. Nonetheless, this album also has its strange charms, and works well as bonus tracks to the vastly superior Migration of Snails. For those looking for a new experience, this CD comes highly recommended.