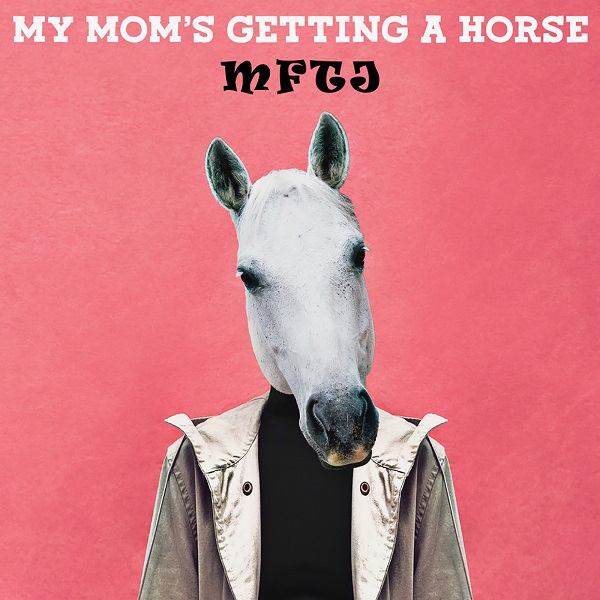 Less than one year after their impressive debut, the duo of Scott Schorr (producer of Levin Minnemann Rudess and Marco Minnemann solo albums, here contributing drums, percussion, and keyboards) and Mike Keneally (Frank Zappa, Joe Satriani, Devin Townsend, The Mistakes, Beer for Dolphins, and numerous solo releases, here contributing guitars, bass, and piano), MFTJ is back with an impressive second helping. The eleven cuts here are essentially instrumentals, save some occasional spoken loops and vocal noises, and between the two they are credited with everything: compositions, production, arrangements, and all instrumentation, which tends to be fairly rich and dense, which leads to the question — how do these guys pull it off in a live setting, if they play live at all? I guess we will find out for certain when a live album is released, but until that happens I would just recommend enjoying the recirdings they have on offer. Interestingly, Keneally’s contributions were recorded in San Diego, and Schorr’s contributions in Melbourne, Australia, so as together as it seems to be, it was actually recorded on opposite sides of the globe, an impressive accomplishment any way one looks at it. Tracks like “Donner Party Highlights” and album opener “What Wally Thinks” are rich slabs of powerful funk laced with hints of hip-hop and experimental buzz, while “Peeping Racoon” combines that funk with a jazzier groove. “Shoe Trade Gone Bad” moves into a more twisted experimental realm with a variety of unusual sounds, while maintaining a solid groove throughout. “Hammy Crotchpong” initially leans toward a more electronic sound, but ultimately offers a groove-based progressive rock, while “National Milk Day” lays out an open funky groove with unusual keyboard sounds and spoken loops lead up to some impressive soloing by Keneally in the final minutes of play. And then there are tunes like “I Remember When Candy Bars Were a Nickel” which combine funk and urgent hard rock supporting some amazing shredding on guitars and keyboards while maintaining that edge. With My Mom’s Getting a Horse, MFTJ have produced an exceptional followup to last year’s debut.