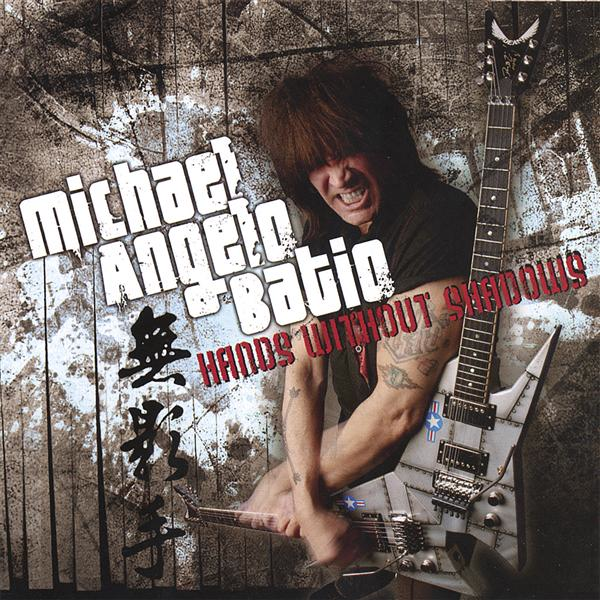 Chicago's Michael Angelo Batio is a big name in heavy metal guitar, though he's never risen to the level of a Steve Vai or Joe Satriani. His claims to fame include patents and awards, though the distinguishing feature about him is his speed — I've never heard a faster player — plus the ability to play two guitar necks simultaneously. For this he's had a special instrument built and in the past he even demonstrated his abilities on a four-necked guitar! Hands without Shadows (the title comes from fans commenting on the speed of Batio's over and under the neck hand moves) is like Steve Morse's recent Major Impacts in that it largely pays homage to Batio's influences (Jimmy Hendrix, Led Zeppelin, Randy Rhodes, Metallica, etc.) while providing vehicles to display his guitar prowess. Most tracks feature Batio, usually multi-tracked, supported by William Kopecky on bass and Bobby Rock on drums with guest guitarists sitting in on a few songs. Both originals on the disk will appeal to prog metal heads with enough complexity in the arranging and variety of stylings to keep things interesting, though I preferred "Pray on, Prey" where guitar leads are more coherently wedded to the rhythmic foundations. For the majority of Exposé readers, the incessant wailing, shredding, and general circus-freak displays of finger speed on this CD won't take long to get under the skin so I'd not recommend it. While Batio is certainly a badass player, only metal guitar-heads need apply for this one.

Alquimia - Forever – Alquimia, beginning with her album Coatlique — Goddess of the Earth back in the early 90s established herself as the premier female voice in the ambient/experimental field. A series of...  (2008) » Read more