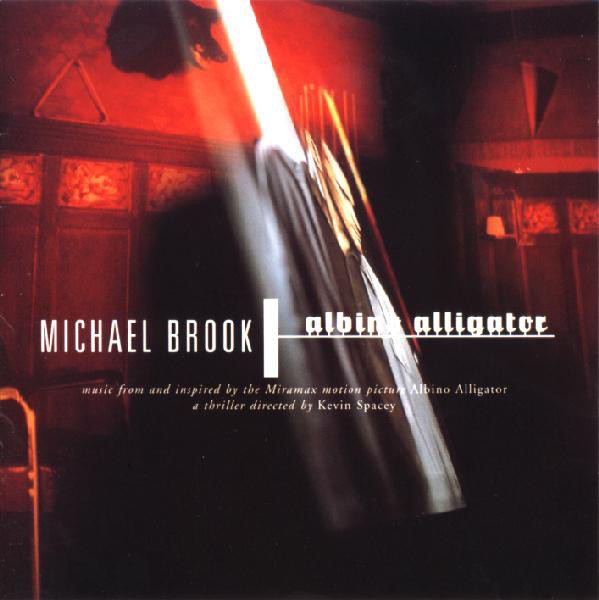 Make no doubt about it, this is a sound track album for Kevin Spacey’s stylish modern film noir of the same name. I’ve not had the fortune to check out the flick playing at my local theater since it came and went by so fast; before I knew it, it had disappeared. But then maybe it’s not the kind of film that achieves mass attention. If this soundtrack is any indication, I’m certain that the filmgoer was in for quite a collage of style and probably didn’t notice what was going on sound-wise. Too bad! Brook has constructed his strangest disc from sound scape segues used in the film. There are thirteen tracks using a myriad of different musical textures to evoke many different and haunting moods. At times, I’m reminded of Eno’s Music for Films series (without the use of synthesizer, per se). Brook’s atmospheric guitar playing is severely underplayed, but that’s to be expected (except for track four, “Preparation”). The disc opens with some saxophone-laced jazz and proceeds to wander through several twists and turns using tabla, cello, accordion, and slide guitar to accentuate theme and color. The most notable track on the disc is the album’s closer, “Ill Wind,” which is an odd vocal duet between legendary vocalist, Jimmy Scott and REM’s Michael Stipe (featuring the Chili Pepper’s Flea on bass). Is the song merely a clever statement to end a soundtrack album ultimately lost in the CD bins? Unsure, but I’m certain that this disc will open up on several repeated listenings.