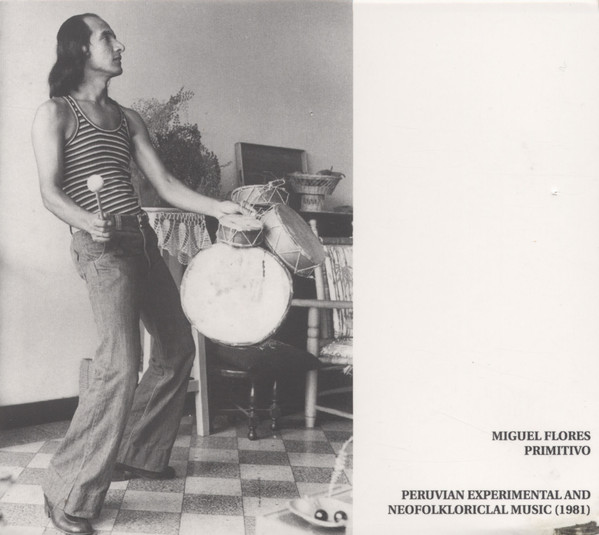 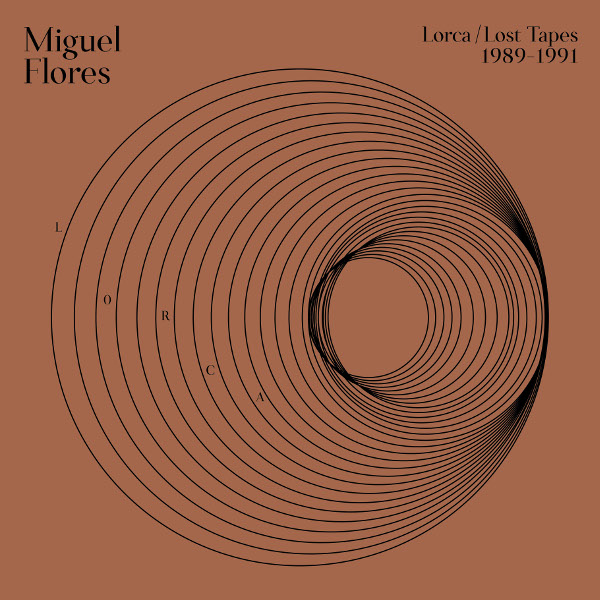 From the late 70s to the mid-80s there was a group of Peruvian composers and musicians who attempted to fuse modern experimental and avant-garde compositional techniques while at the same time reaching back into the historical music of their motherland. One of the pioneers of this movement was Arturo Ruiz del Pozo, who began working the experimental ethnic music concept back in the mid-70s, creating music that merged modern experimental electronics with original Andean musical instruments, finally releasing some of his work on cassette in 1984. Others followed his lead, and one of those was Miguel Flores, originally a drummer but later turned multi-instrumentalist, cutting his musical teeth in various hard rock bands (The Loops, Pax, Thee Image) and then in the mid-70s moved toward Peruvian folk music with his group Ave Acoustica. Later his interests ran deeper toward sonic experimentation, with elements of Peruvian folk, electronics, and free jazz informing his style. Primitivo was his solo record from 1983, reissued here after many years on LP and digital download. The album consists of two very long tracks, “Iranpabanto” at 21 minutes, and “Pachacuti” at nearly thirteen. The former, a piece based on Ashaninka myths from the Peruvian Amazon region, is strong on percussion, found sounds, and tape manipulation, mixed with Andean flutes and mysterious voices representing the folk element. Flores plays all the percussion, while Manuel Miranda plays wind instruments, including a beautiful saxophone solo in the piece’s final minutes; Abelardo Oquendo plays electric guitar and Arturo de la Cruz on synthesizers. “Pachacuti,” on the other hand, is more of a solo piece, layering fourteen independent guitar tracks, some forward, others backward, some at full speed and half speed, a panoramic vision with a lot going on in many dimensions. “Taki Onqoy” is the final cut, a little under eight minutes, more dominated by saxophone (reminiscent of Gilbert Artman’s Urban Sax during the first half) and flute, it’s the same crew as on “Iranpabanto,” adding vocalist Corina Bartra for some truly avant-garde musings.

Lorca: The Lost Tapes recovers eight pieces (plus two bonus tracks on the CD version) recorded between 1989-1991, pieces scored for stage works inspired by the life and work of Spanish playwright Federico García Lorca. The pieces are shorter in length, vignettes of two to seven minutes, by comparison far more minimalist and atmospheric, informed by flamenco, Andean folk, and afro-peruvian sounds, featuring keyboards, percussion, toy saxophone, siku (a traditional andean panpipe), and guitars all played by Flores, and voices by the students of the Teatro de la Universidad Católica del Perú. The shimmering and beautiful lead voice on the second cut (tracks are just titled I, II, III etc.) could well be a synthesizer or (as I initially suspected) a Theremin. Whatever the source, the effect is stunning, played over a simple repeating acoustic guitar figure. Other pieces might plot a simpler repeating melodic figure over supportive backing, others are more experimental and effected, using tape loops and sampled sounds. “V” in particular is heavy on percussion, punctuated by shouts and other mysterious backing, while “VII” is driven by tuned wood percussion and wind instruments. There are a lot of interesting sounds and concepts going on throughout these cuts, and no two pieces sound even remotely the same. Both of these releases open a door into a different ethnic musical world that looks forward and back simultaneously.