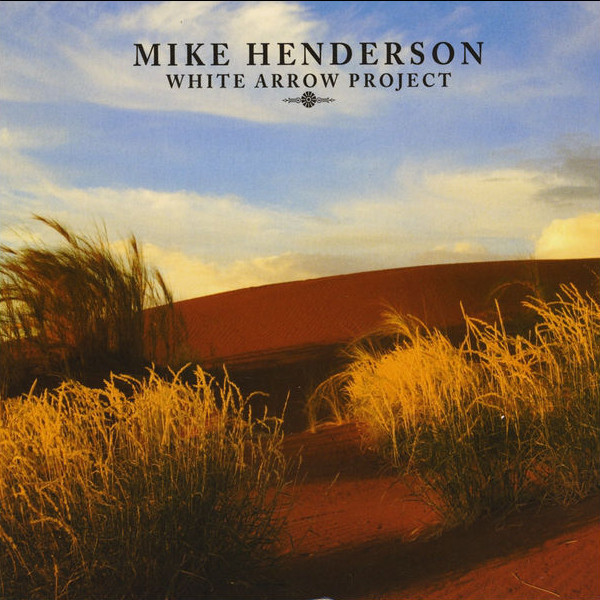 Mike Henderson was one of the founding members of Djam Karet, and White Arrow Project represents his interest in acoustic guitar based song oriented craft with lyrics. He has assembled a team of other players, lyricists, songwriters, and vocalists to work with him, so there’s quite a bit of variety here, and while there are some elements of the world-flavored style of Hybrid Vigor – Henderson’s earlier project with percussionist Norma Tanega, the focus here is more clearly on the song. Henderson handles acoustic and electric guitars, bass, synthesizers, mandolin, and hand / electronic percussion, and wrote the bulk of the material, lyrics excepted. He is joined by Jack Housen on vocals, bouzouki and occasional guitar, vocalist Caroline Dourley, Dion Sorrell on electric cello (plus bass on one cut), and Chuck Oken on drums. Dourley and Housen (individually) wrote the album’s lyrics, but they sing together on many of the cuts, and the latter is credited with two of the twelve compositions. There are a several purely instrumental tunes as well that provide breaks between the vocal cuts. The overall sound is gentle and flowing, and strongly acoustic flavored (electric guitars are used, but in a very measured way), together with the cello, synths and hand percussion creating a unique signature that may remind some of the work of Steve Tibbetts. This is an interesting and captivating disc that exposes a different side of Henderson’s considerable musical talents, far from what he does with Djam Karet.

Steve Baltes / Harald Grosskopf / Axel Manrico Heilhecker - Viermal Drei (4 x 3) – Having been associated with the likes of Ashra and Klaus Schulze, these three guys decided to venture out on their own and see what they could come up with. The result forms a highly successful outing...  (2001) » Read more