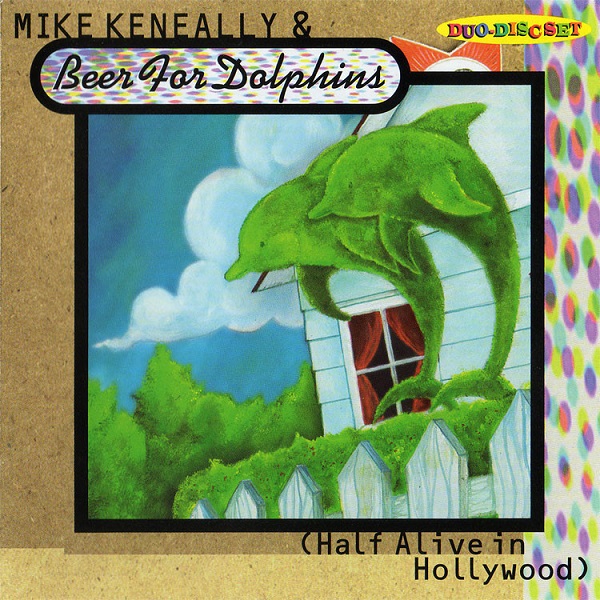 Most should be familiar with Mike Keneally's recent albums and his album with the Mistakes (unless you've been living in a cave, or stubbornly ignoring our writers' recommendations). Mike was, of course the hotshot guitar in Zappa's late-80s lineup before retiring to the life of a guitar magazine columnist, then launching his solo career with the album Hat in 1993. This two-disc set features his current trio configuration Beer for Dolphins (for these recordings Toss Panos on drums, Bryan Beller on bass, and Keneally on guitar, vocals, and everything else) in a couple different live settings. The first disc is a live-in-the-studio recording from '95, drawing on material from his first two albums ("Skunk," "Open Up," "I Can't Stop," "Uglytown," and "Spoon Guy" among them), but in most cases the songs are expanded with plenty of soloing space and extra parts. All of the warts are here, the screw-ups, in-between song chatter, false starts, multiple takes and other irregularities that would normally be filtered out in the mixdown process, giving the disc a very live uncut feel.

The second disc is a for-real live recording in front of an audience at the Musicians Institute in Hollywood. Here the band stretches out even more, achieving that heavier feel that only a live band can, throwing in a few cover tunes as well (Hendrix, Led Zeppelin, and a bit of "My Sharona" among others). There are a few repeat songs from the first disc, as one might expect, but given that these discs were recorded a year apart, the arrangements on the repeat songs had gone through some evolution. The recording (quite good) sounds straight off the mixing board, but for some reason is very monaural, and thus sounds far better cranked up through the car speakers than it does on the headphones. In all, this is an excellent set documenting two very different performances, and a must-have for longtime fans and newcomers alike.