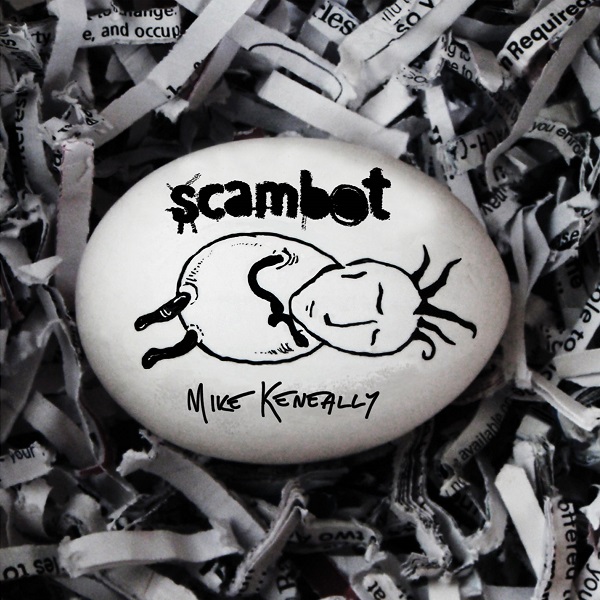 This is the first installment in a three-volume cycle, about a guy named Scambot, his cat Chee and the evil Boleous T. Ophunji (among many others). Mike Keneally is a triple threat as a musician, being a wizard on the guitar as well as a talented pianist and singer with too many accomplishments to list here. He’s often associated with Frank Zappa’s live band from the late 80s and early 90s, as well as his work with Steve Vai, which just goes to show Keneally is not afraid of stylistic diversity. This becomes quickly apparent within the first several songs here. Shades of Zappa’s wry, satiric wit crop up throughout the album, along with familiar musical reference points. Harder-edged riffing appears on songs like “Tomorrow” while a lighter acoustic touch shows up on the folky “DaDunDa.” And balancing out frenetic and angular songs like “Ophunji’s Theme” and the Mahavishnu-esque “We Are the Quiet Children” are warm and melodic ditties like “Cold Hands” that are downright hummable. The recording sessions took place over several years in the U.S. as well as the U.K. and Europe where Keneally collaborated with a string quartet, the fruits of which appear on the thorny epic “Gita.” A sense of cohesion somehow glues everything together, despite the wild disparity in styles. This is largely due to Keneally keeping the core instrumental combo to himself, bassist Bryan Beller and drummer Marco Minneman, a formidable trio indeed. And as if it weren’t enough to put together one album Keneally has made available a second disk titled Songs and Stories Inspired by Scambot, comprising outtakes, experiments, early mixes, and otherwise sheer silliness. I’m glad someone as intensely creative and talented as Mike Keneally is able to pursue his muse in such an unfettered manner. We can only benefit from his labors.