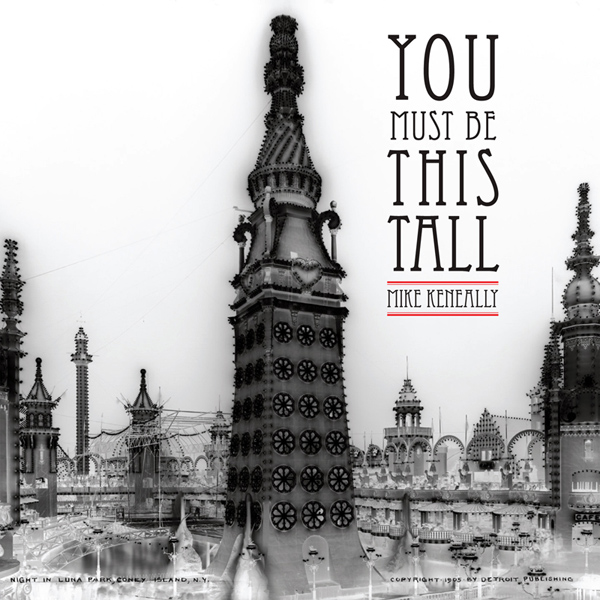 In 1987 a 25-year-old guitarist, Mike Keneally, was given the unique opportunity of joining Frank Zappa’s last touring band. Anyone familiar with Zappa knows that he treated music and performance like a business; he was a very exacting taskmaster. Frank’s music was complex and the arrangements were very tight. The musicians that passed through this incubator honed their skills and have continued to advance their craft. After leaving Zappa’s band, Mike Keneally has had a long musical career, with You Must Be This Tall being his 24th solo release. This disc contains 12 relatively short instrumental and vocal tracks lasting a total of 44 minutes. You can definitely tell that Zappa continues to be a strong influence on Keneally’s music, but without the scatological references and lyrics. Mixed in with the jazz-rock fusion are complex rhythms and melodic compositions. One of the very strong tracks is “Cornbread Crumb” where Mike’s guitar work is superb. “Kidzapunk” reminded me a bit of Zappa’s “Dinah-Moe Humm,” while “Pitch Pipe” is a very tight arrangement of fast runs of notes on his guitar. In the middle of this are two very short ambient tracks, less than a minute each, that showcase Mike’s versatility as a composer and producer. The final two tracks, “5th St.” and “Glop” are more experimental in nature. They both started life as improvisations that Mike further manipulated in the studio by doubling key melodies on various instruments, a technique learned and mastered from his years with Zappa. Overall, a highly recommended release of post-Zappa music!

Secret Saucer - Element 115 – Deflector shields up! Arm photon torpedoes! Secret Saucer is about to attack! Coming together from different parts of the galaxy, members from the premiere US Space Rock bands were locked up in a...  (2007) » Read more