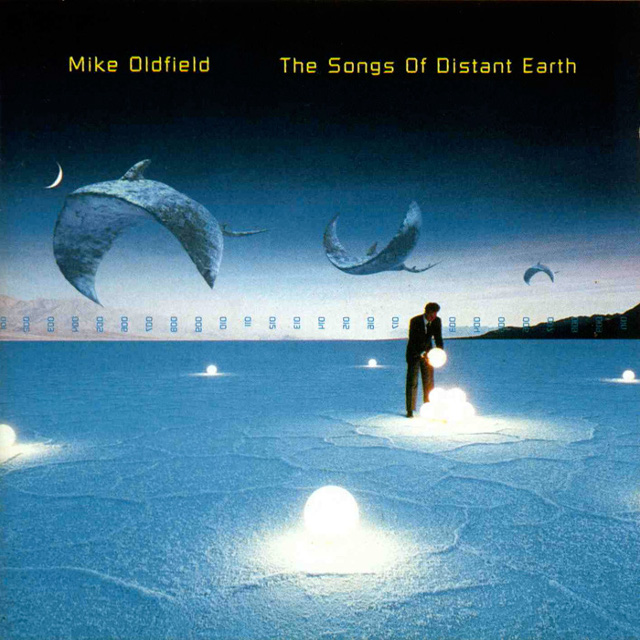 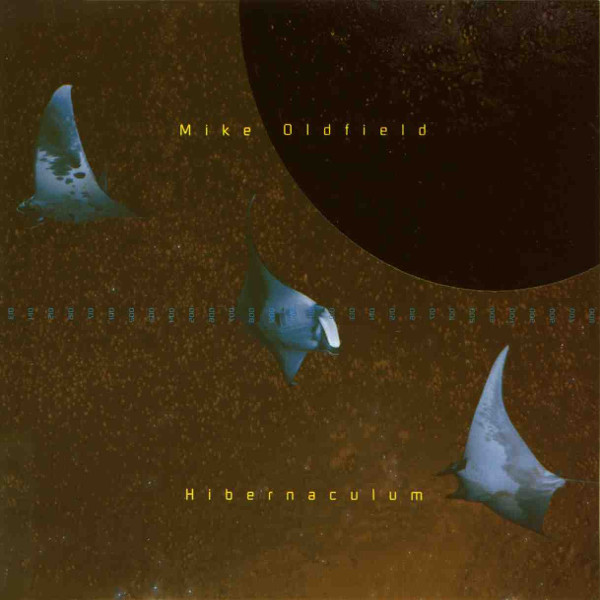 Here is the latest release from Mike Oldfield and what an innovation it is! The Songs of Distant Earth is the first CD I've encountered that marries CD-ROM with audio CD. In addition Mike Oldfield went against current trends and issued this as a Mac-only CD-ROM whereas the other new CDs coming on the market are for the PC. The CD-ROM takes you on a journey through Oldfield's universe imagineered by Mike to accompany the music on the disk. Inspired by Arthur C. Clarke, you fly through space and then enter the ship. Now it is a puzzle for you to solve based on the "Tubular Bells" riff. Quite impressive but Buyer Beware! Though the booklet states you need 8 MB of RAM, the developers didn't account for large systems, so if you only have 8 MB on your Mac you will have trouble viewing and executing the CD-ROM. The developer, Balanda, tells me that they are optimizing the code for the US release and that it should require much less RAM. Now to the music. Mike Oldfield is an expert in taking simple themes and orchestrating them such that you find yourself uplifted and humming along. The Songs of Distant Earth is no exception. His themes run throughout the CD, metamorphosing before your ears. Oldfield's skill as both a composer and musician keeps you interested from the opening ("In the Beginning" an especially powerful song including the NASA recording of Bill Anders/Apollo 8 reading from the book of Genesis 27 years ago) to the end "A New Beginning" that mixes his themes with African tribal singing. This is a release not to be missed, if only for the CD-ROM!

Hibernaculum is Mike Oldfield's double CD single from The Songs of Distant Earth. Here we have another innovative marketing ploy. Each CD was released separately with CD1 in a double CD case containing a cardboard place holder for CD2. In addition CD1 comes with a hologram of Mike in concert. CD2 comes in a slim line CD single jewel case. CD1 contains "Hibernaculum" from Songs and three versions of "Moonshine," Mike's nod to C&W music from Tubular Bells II. CD2 contains "Hibernaculum" again, "The Spectral Army," and "The Song of the Boat Men." "Moonshine" is bad enough once, but three times is ridiculous! Far better is CD2 with the bagpipes on "The Spectral Army" and the New Agey "The Song of the Boat Men." If you have a choice buy CD2 and leave CD1 on the racks. And what Mike should have done here to make these singles worth purchasing was to put other versions of "Hibernaculum" on them instead of "Moonshine." Buy Songs instead, you won't be disappointed.

Original Outer Limits - Outer Mania – Outer Limits were one of the mainstays of the Japanese 80s symphonic scene and perhaps one of the most accomplished of their peers (Teru's Symphonia, Pageant, Mr. Sirius and others). They released...  (1994) » Read more

Green Seagulls Get Their Psych On