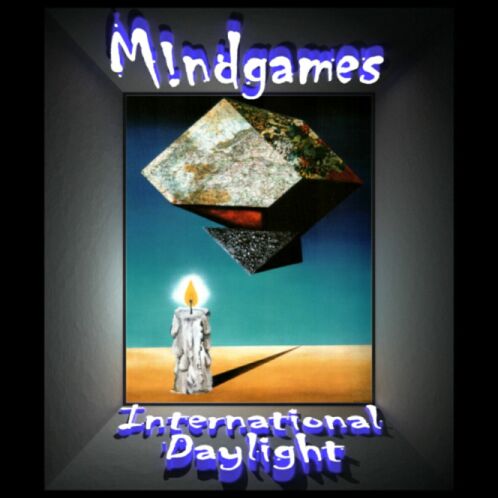 Mindgames is yet another new neo-prog band from the Low Countries, Belgium in this case. This is their first full album, following a 1999 demo release (a new release is supposedly on the way). The lineup is the standard vox/gtr/bass/keys/drums and their sound is what I’d call retro-neo-prog, strongly recalling early Pendragon but also conjuring up Twelfth Night, early Marillion, Starcastle, and Kraan. In many places singer Bart Schram is a dead ringer for Nick Barrett. He’s perhaps the most noticeable and positive thing about the group since he delivers the lyrics with gusto and rallies the listener to his cause, much like Barrett. The songs are varied, ranging from the warm and acoustic “Beggars Breakfast” that clocks in at a mere 2:35 and swelling to the epic closer “Selling the Moon” that tips the scales at over 17 minutes. The arrangements are multifaceted with enough thematic twists and turns to keep the listener engaged. More importantly, steps have been taken to ensure that the vocal parts are well constructed and not just “the part between instrumentals.” The band is light in the rhythm section, though guitarist Rudy Vander Veken and keyboard player Tom Truyers ably pick up the slack. Truyers especially shines throughout with a lead synth sound much like Rick Wright’s and an all around solid command of his position. This is an album that has a lot going for it, as long as your tastes run toward traditional neo-prog. It will be interesting to see where Mindgames goes from here.

Else Teicher - Whored – Very little is available regarding Ms. Teicher, the only information I could find is on the BlRR web site. Apparently Else has been releasing limited run cassettes and CDRs for the past 20 years, and...  (2011) » Read more