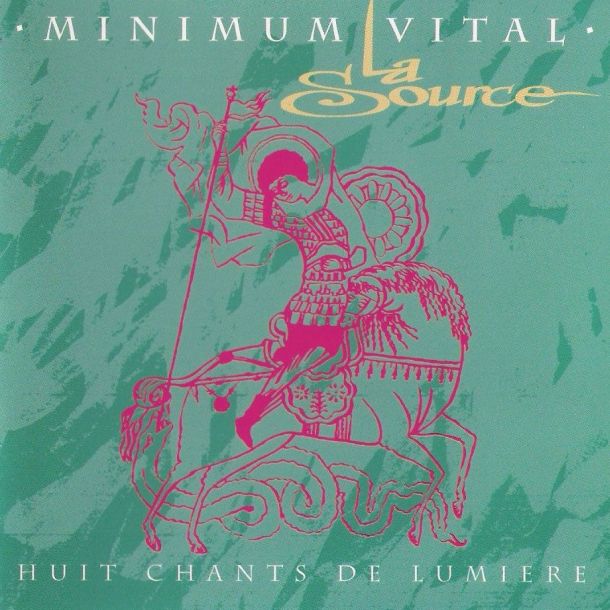 On this, their fourth outing in nine years, les frères Payssan and company continue moving boldly into new territory, while retaining the essence of the sound that makes them unique among modern French bands – offering some oblique references to the neo-Canterbury styles of Camel, Happy the Man and Sky, yet sounding like none of the aforementioned, developing those elements and attributes that set them apart from their contemporaries. The subtitle "Huit Chants de Lumière" should offer a clue: in addition to further refinements in their basic sound, they have given it new life with the inclusion of vocals on every track, although they remain primarily an instrumentally-oriented band. As always, the sound is dominated by Jean-Luc's ripping guitars and the colorful keyboard pyrotechnics of brother Thierry. Bassist Eric Rebeyrol and drummer Christophe Godet seem a bit more animated this time out and are offering more punch to the arrangements, as evidenced in the highly charged "Tabou," nine minutes of pure brilliance. Another track of special note is the acoustic guitar-driven "Les Mondes de Miranda," with its strong folk spirit, jazz and classical influences, energized guitar and accordion solos – this is quite possibly the album's strongest cut. The only fault I find in La Source is that one or two of the tracks seem a bit more lengthy than they need to be with extra and unnecessary repetition, but this is a relatively minor flaw. Overall this is an exceptional album by one France's most unique bands.

La Source is Minimum Vital’s third CD and marks a break from the baroque and medieval flavor of their earlier releases. Although the CD artwork contains photos of medieval statues, the Minimum Vital quartet of keyboards, guitar, bass, and drums now plays a French form of jazz fusion. The lyrics of the opening song "Dance of Wishes (Song of May)" almost sound English but they are some sort of chant. La Source is mostly instrumental music by these accomplished musicians occasionally enhanced by soft falsetto vocals. The two songs that differ from the rest are "Les Mondes de Miranda" and "Ce Qui Soustient." "Les Mondes de Miranda" has a folk music theme reminding me of Amazing Blondel except for the brass samples. "Ce Qui Soustient" is a medieval rondo from the 14th Century by Guillaum de Machant given a wonderful treatment by Minimum Vital. I could almost picture myself in a cloister listening to this song. La Source is an interesting album that marks the evolution of the band.