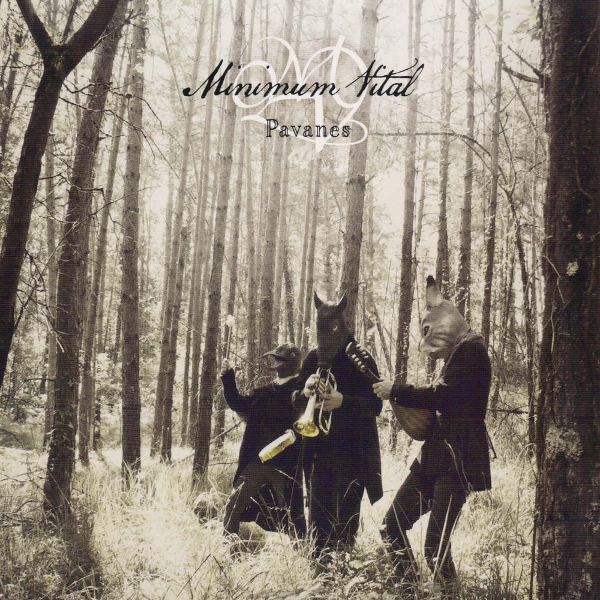 Every new release by these guys has some big surprises, yet it’s instantly identifiable as Minimum Vital – they are a band with a unique sound regardless of how large (the big six-piece band of Esprit d’Amor with two vocalists) or small (Vital Duo’s Ex Tempore, for example) the lineup is at any given point in time, no doubt due to the compositional approach of twin brothers Jean-Luc (guitars, oud, saz, percusson, vocals) and Thierry Payssan (keyboards, percussion, vocals), with third member Eric Rebeyrol (bass, saz, horn) having been with them long enough to be considered a third brother, all operating on the same wavelength in the same universe. Their sound is a mix of folk, rock, a little classical and a lot of medieval music, which is occasionally informed by jazz and symphonic styles, but not as much on this two disc set, which gets much of its character from the extensive use of two middle-eastern stringed instruments, the saz and oud – fretted and fretless round-back lutes respectively. Guests include Gilles Pialat on occasional MIDI-drums, and Laure Mitou and Chfab providing additional vocals where needed, the latter from the band Alco Frisbass, recently reviewed in these pages. This integration of traditional acoustic and modern electrified instrumentation has long been the band’s trademark, though with a leaner lineup the ‘ancient’ aspects of their sound tend to come to the fore. The nineteen songs presented here cover plenty of ground and use a variety of interesting modal melodic angles. Long time fans of Minimum Vital will be right at home with this, the band’s tenth album overall, but their first since 2009’s Capitaines. As a first exposure to their sound, Pavanes is as good a place to start as any.