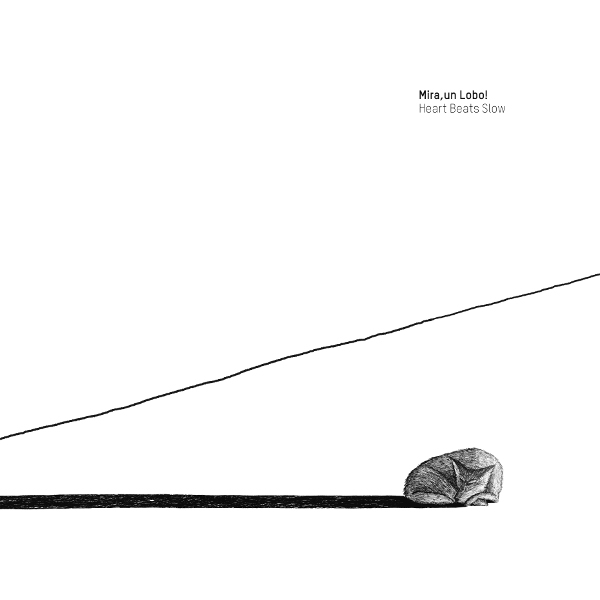 Mira, un Lobo! is the musical project of Portuguese artist Luis F. de Sousa as a means of dealing with unemployment, crises, and depression. Mira, un Lobo! allowed him to drift away from his day-to-day trials and tribulations. The result is the new album Heart Beats Slow, a title sounding more like a Tim Bowness album. Unlike Bowness, Heart Beats Slow is a collection of ten electronica songs, some of which are quite melodic and cinematic. A point of reference might be Godspeed You! Black Emperor, as the music can be quite cyclic and ambient. A couple of the songs, “New Born Killer” and “Suffocation,” deviate a bit as they are based around drones and analog sounds. Overall the music is introspective and relaxing. The title track stands out from the beginning with baby talking and ambient piano. Perhaps the best track is the catchy melodic instrumental “Spaceman” that is both cinematic and cosmic. Not only did de Sousa find release in his music, his music as catharsis approach provides soothing music for the soul.

Virus - Remember – The German band Virus is mainly known in progressive rock circles for their 1971 debut album Revelation. By the time they recorded this live radio concert in 1973, they had abandoned virtually all...  (2005) » Read more