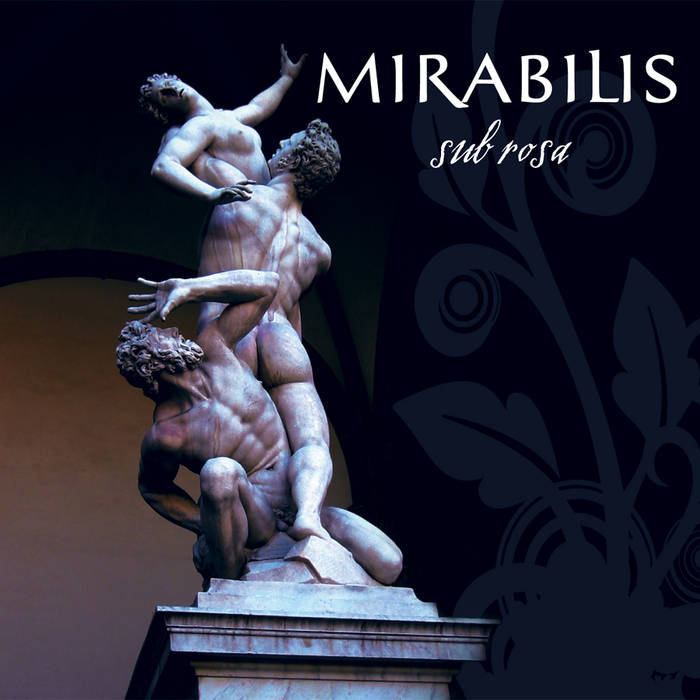 Mirabilis is a project that pairs singers and musicians Dru Allen and Summer Bowman. Each is involved with other projects, This Ascension for Allen and The Machine in the Garden for Bowman, though they seemed to enjoy their first release, 2004’s Pleiades, enough to give it another go. Think Projekt and two women singers and if you guessed this would fall in the “neo-classical” and “heavenly voices” genre you’d be correct. For those new to these labels, more famous examples would be Lisa Gerard (Dead Can Dance) or even Loreena McKennitt. These songs are more minimalist than these references might suggest, concentrating on Allen and Bowman’s vocals, often layered to create fuller choral effects (as on their cover of John Lennon’s “Because”), though sometimes stripped down to just a duet, as on “The Flowers Pressed Down.” Instrumental accompaniment – if it appears at all – ranges from hammered dulcimer to hand percussion to piano. On these songs, such as “Undercurrent,” the similarities to DCD are strong, though neither woman is in the same league as Lisa Gerard in terms of sheer vocal prowess. That’s not to say this album doesn’t have plenty to offer and I found myself enjoying the time-warps back to Renaissance or medieval Europe on the songs “Il Est Bel et Bon” and “A Maria Mater Pia.” Parts of Sub Rosa may be too “black eyeliner and lipstick” for some Exposé readers, but on the whole I can recommend it for fans of other Projekt and ancient music releases.

Kraan - Through – Here’s another prog band from the 70s reformed. I’m not familiar with the band’s back catalog, so I can’t make comparisons with where they’ve been. I hope I don’t offend anyone by saying...  (2003) » Read more