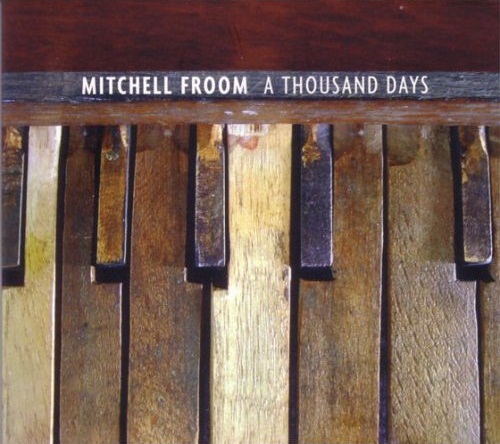 Solo piano records can be a strong romantic but minimalist statement depending on the performer and how personal he would like to make it. Froom’s biography reads like a who’s-who of modern pop and roots rock from his substantial producer credits supporting Crowded House, Richard Thompson and Los Lobos to his own two solo endeavors. Choosing the small Hamburg label, Kontext to release his third solo album of self-performed piano music is not as much a stretch as it appears on the surface. Subtle ambient segues introduce and exit most of the pieces which gives the set of fourteen pieces a distinct story line within a little under forty minutes. Completely unlike his 1998 all star record, Dopamine, this recording is a timeless statement that could be meshed easily into a classic Ingmar Bergman movie soundtrack. Most of the pieces blur together seamlessly in an ode to classic piano interpreters such as Roger Williams (“Autumn Leaves”). It’s not a piano album of familiar jazz interludes per se; instead it’s introspective and autumnal. At times the performance is desperately brilliant and moody without being overbearing. “Silhouettes” is the single piece that holds more of my attention than others that briefly linger before transitioning onward. Perhaps the most sincere pianist statement is “If” where a distinct empathy is spelled out across the keyboard. At times it feels like there isn’t much to hold onto as the performances seemingly drift and then evaporate. But then on second thought, that may be the specific intent of the composer.

Tibet - Tibet – Musea seem to have an affinity for the late-70s/early-80s German symphonic genre — the type of music that started with Eloy and Grobschnitt and ended with a million one or two shots — you know...  (1995) » Read more