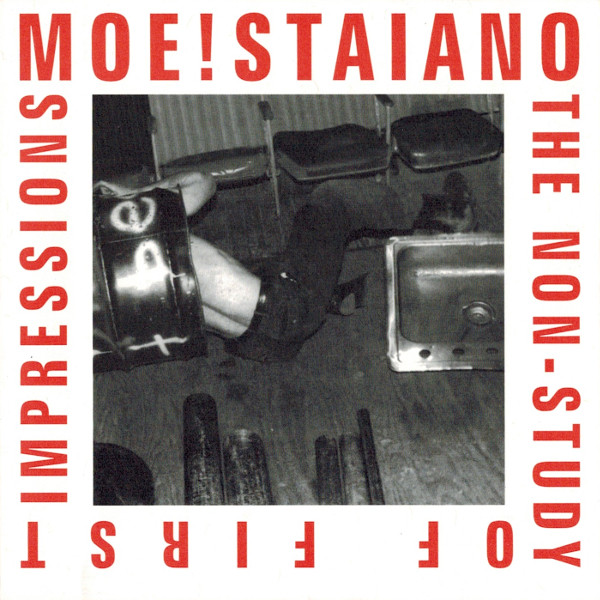 Mr. Moe likes to bang on metals, and just about anything else he can get to sit still long enough in a room with him. There was a guy named Z’ev back in the 80s who perpetrated similar subversive acts of musical sabotage. And who can forget the infamous Einstuerzende Neubauten? But Moe has one thing neither of them could muster; a sense of humor. The second number on this, his newest CD, featured the most blood curdling howling scream; I laughed so hard I almost fell out of the chair! The disc spotlights his activities in a number of different groupings, with a cadre of sparring partners who alternate according to the selection. The bulk of the music is rather rough going – dark, experimental and foreboding. But it’s that kind of humorous nature which keeps the focus of this raucous recording on the fun and games. Make no mistake, the man has some chops, and in fact is at his best when playing solo. It’s then that the excitement of his concept comes alive, proof of my conviction that the Moe experience is something that needs to be seen live in order to comprehend. Watching how he pulls it off must be half of the attraction. On recording it comes across as goofy and playful experimentation. Not that that isn’t part of Moe’s ethos, but there is doubtlessly more to it than meets the ear.