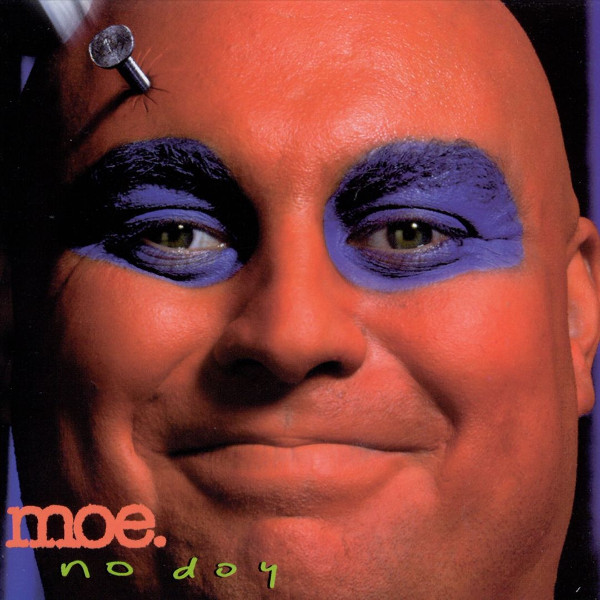 It's always hard to write objectively about a band which has won over my heart, fully and completely. Such is the case with moe. For those of you who have read Expose #11, you already know from Rob Walker's Live Notes column that moe. is one of the best live bands today. Their promo single of "Meat" stands as proof positive that adventurous, improvisational rock music can and should reach a mass audience through a major label. moe. has also released a collection of songs varying in length from 4 to 12 minutes, under the cryptic title of No Doy.

The songs on No Doy are generally accessible, appealing to fans of bands like Phish, Frank Zappa, and Camper Van Beethoven. The progressive rock listener will not be disappointed either, with intricately composed pieces such as "Buster" and "Rebubula," both over nine minutes long, and both incorporating dexterous written sections with guitar solos that are as beautiful as they are raunchy and fun. Since moe. is essentially a live band, their studio efforts lack some of the spontaneity that is a fixture of their sound; however, this is a well-recorded, musically sharp collection of their material. Many bands in the same genre fail to capture their live sound on their studio recordings, making their albums sound flat and uninspired. Luckily, moe. sounds at home in the studio, and although their studio sound is different, it is still vital and inspired.

No Doy is readily available in most stores (unlike many of the titles reviewed in Exposé), so if any of this sounds enticing, go pick it up. moe. has a full touring schedule, so there's a good chance they are coming to your town soon. You won't want to miss it.