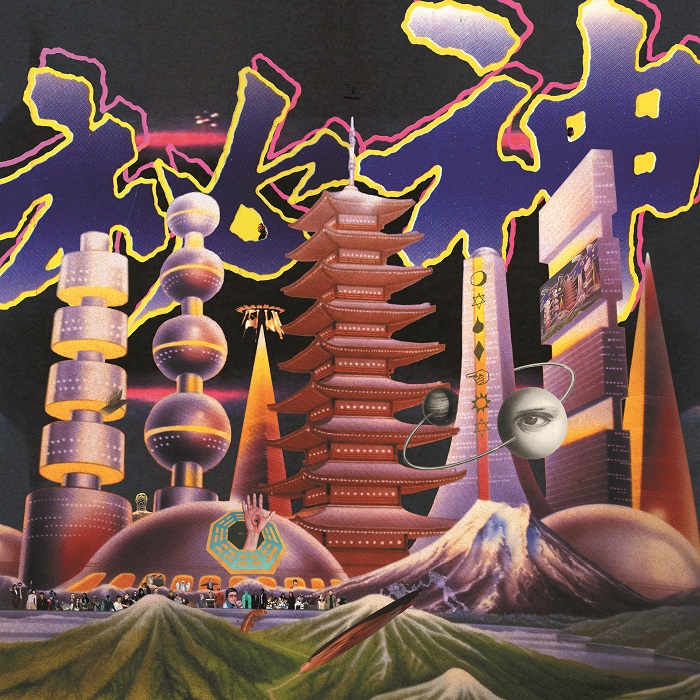 Two brothers, Hom Yu and Jiun Chi, returned to Taipei in 2017 upon completion of their studies, and began exploring their mutual interest in Taiwanese occult-inspired art and vintage superstitious imagery, channelling it all through their music, and thus Mong Tong 夢東 was born, which translated roughly means ‘Dream East,’ or probably more accurately ‘Eastern Dream.’ Their Bandcamp page states they are a trio, and the third nameless member plays sampler and provides vocals (which are mostly spoken, though to be fair this is probably 95% instrumental), while Hom plays bass, synth and programs, and Chi plays keyboard, synth and guitar. The brothers also play in a couple other bands — Prairie WWWW​ and Dope Purple. Mystery 秘神, their first LP, has been out since June, and had I written this review a little sooner the initial limited edition of 600 colored vinyl might still be around, but the only option now is to download. Their music might be described by them as sample-based synth pop, but that description is certainly on their terms, and (at least in the Western sense of the word pop) doesn’t really match what the listener hears. There is a strong evidence of mild psychedelic rock and powerful Chinese folk undercurrent throughout their sound, along with a lot of synth looping and playfully muted grooves. There is percussion of course, but it’s all programs and at times doesn’t sound completely natural, but more like an electronic facsimile pushed through heavy reverb. The guitars are almost always played through a cloud of psychedelic effects (wah, fuzz, extreme echo and delay) and oddly is typically positioned in the mix somewhat below the surface, with a sound vaguely reminiscent of some early 70s Krautrock (think Amon Düül II), with the bass and percussion further out front, but of course that varies somewhat across each of the eight tracks. As an opening statement, this is a pretty impressive release overall.

Brainstorm - Liquid Monster – This is German metal quintet Brainstorm’s seventh release to date and finds them in a more traditional frame of mind than most metal coming out of Europe these days. It seems that everyone else has...  (2006) » Read more