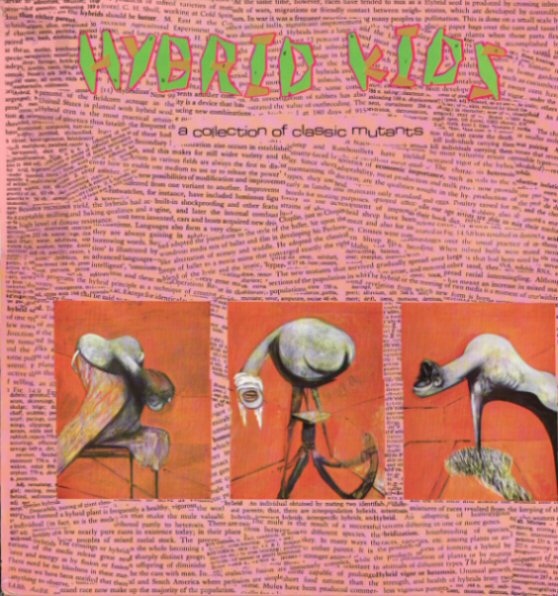 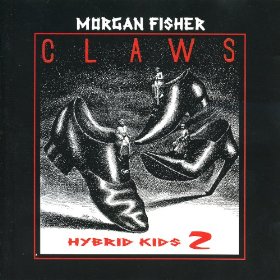 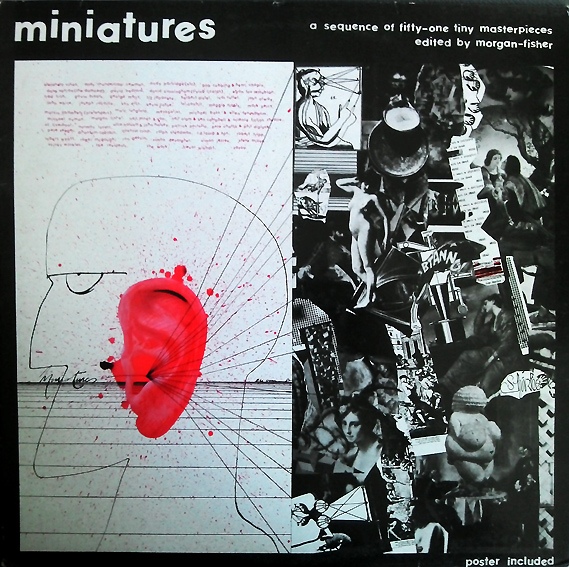 In the middle of his work as a keyboard player (with Queen, Mott the Hoople, and others) and as a producer (Allan Holdsworth), Morgan Fisher came up with two albums worth of oddities called Hybrid Kids, home recordings of mostly cover tunes, incorporating innovative techniques like tape loops and pitch manipulation. The first volume consists of pop tunes mangled with glee, much like the Residents have done, and presented under a variety of goofy pseudonyms. His interpretation of Kate Bush’s “Wuthering Heights” is downright creepy, and what he does to “You’ve Lost That Loving Feeling” is nearly obscene. I mean that in a good way. In small doses, his deep-dub sonic experiments are quite amusing and interesting. In larger doses – well, I don’t recommend larger doses.

The second Hybrid Kids collection takes on Christmas tunes with the slogan, “Let’s put the X back in Xmas.” “O Come All Ye Faithful,” “We Three Kings” and many others are given the psycho-dub treatment. My favorite is a Public Image Limited inspired version of “The Coventry Carol.” The Residents resemblance comes to mind frequently, as the mangled vocals are very like something from the mystery band.

Miniatures is a different sort of animal, though full of the same experimental spirit. Fisher asked many artists from different genres to contribute recordings (mostly music, but also including poetry and sound effects), all of which would be edited into vignettes lasting no more than one minute each. Probably simply listing the artists involved will give a better impression of the wild contrasts: Fred Frith (with a 60-second bit called “The Entire Works of Henry Cow”), Half Japanese, Monty Python’s Neil Innes, Robert Fripp, Ivor Cutler, the Residents, Andy Partridge of XTC, Pete Seeger, and more others than I have room for. It’s more than a little schizo, but really an amazing bit of work, since it all makes sense in a twisted kind of way.

Banda Elástica - Los Awakates de Nepantla – I haven't much music coming from across the border recently. However, we are very lucky that Banda Elástica managed to record their third album before the peso crashed. Los Awakates...  (1995) » Read more