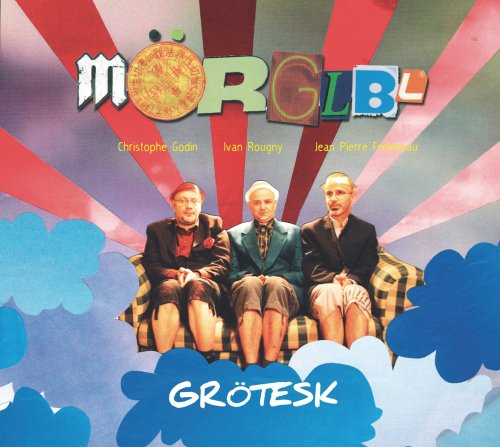 Simply put, Mörglbl is an adept French fusion guitar, bass and drums trio. Their debut on the American Free Electric Sound label is a bit surprising since there don’t appear to be many unique attributes do the band. Their approach is safe and familiar to long time fans of jazz rock, but nothing clearly stands out to differentiate the trio’s chops. There are quite few high points in the band’s delivery including “Tapas Nocturne” which opens the disc in an up-tempo fusion-based samba mode that is well executed. The French panache is evident with short tangos thrown in for flashy measure on the semi-twisted “The Toy Maker.” The band is pretty safe, preferring to stay within strict song confines as heard on “Buffet Froid” which recalls Allan Holdsworth’s saner work from the early 80s. Guitarist Christophe Godin reminds me of John Scofield’s attack (circa Cobham’s band) meshed with ex-Focus Jan Akkerman’s bluesy stylings from the late 80s. His sassy leads such as on “Le Projet pied de biche” are perhaps more fitting with an even-keeled jazz delivery: in the vein of latter day Larry Carlton. Drummer Jean Pierre Frelezeau is rock solid across the disc favoring a top kit drumming style with less emphasis on the lower part of the set: e.g. toms, floor drums. NEARfest has slotted the band to open Sunday’s gig before RMI in their debut in front of an American crowd.