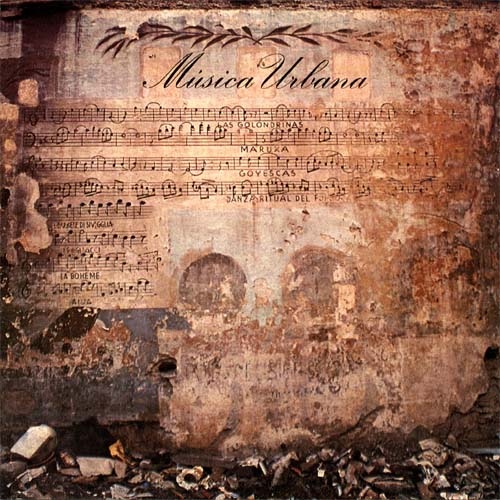 Música Urbana was an eclectic Spanish fusion band who recorded this gem in 1976. With its sudden rhythmic and melodic changes, and rapid alternation between composed ensemble sections and improvisational sections, their music will instantly remind one of such experimental fusion greats as The Muffins, Samla Mammas Manna, and maybe even fellow Spanish group Fusioon. Joan Albert Amargos, the leader of the quartet, plays an impressive assortment of instruments, covering a variety of keyboards, woodwinds, trombone, and violin. He is accompanied by electric and acoustic guitar, electric and acoustic bass, and a variety of percussion. Together they meander through an assortment of styles, from darker, more serious jams, to quirky and unusual melodic ensemble themes, to zany and humorous sections. At times one can hear a slight Canterbury feel, calling to mind Hatfield and the North or National Health. Through it all, the top-notch playing and writing are dynamic and well orchestrated, and despite the frequent and sudden changes, the music still flows very well. All six of the tracks on this disc are delightful, and it's no exaggeration to say this is one of the best experimental, RIO-tinged fusion albums ever recorded. Anyone who is a fan of the above mentioned groups should definitely check this out; it's one of the best reissues of the year.