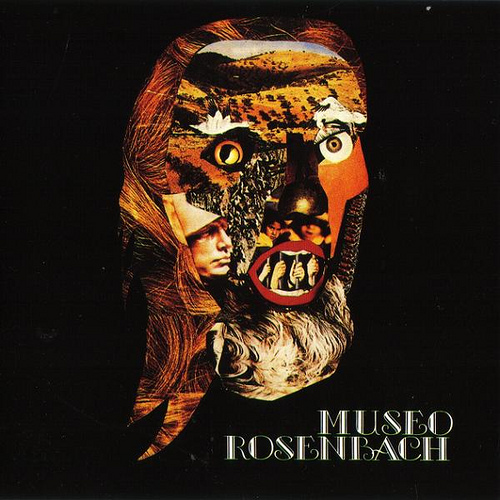 Although this Korean release is the fourth reissue of this album, its tenuous distribution still means that this, possibly the greatest Italian symphonic rock album of all time will still remain hard to find. There's very little more to say about an album of this caliber without starting to drool, if you can hunt this one down you'll be doing yourself an immense favor. This is certainly one of the most elaborate and truly amazing European rock albums of all time. Honestly, someone needs to reissue this and keep it available.

There are so many outstanding melodies and themes on this album that you get the impression the band might have gotten a little over judicious. As an example in the long suite on side 1 there's an absolutely insane rave up that explodes from the speakers that is faded out just about the time you catch your breath and almost seems like a lost opportunity. Zarathustra is, of course, one of the finest of the Italian progressive era of the 70s, in fact it's almost a definitive example, you have the big keyboards, both organ and Mellotron, a passionate and strong vocalist (still strong today too), a drummer who's clearly a jazzer and compositions that are both dramatic and rocking at once. It was also deep enough that I started out enjoying the title suite the most only to gravitate more to the three songs on the second side over many listens. I've also liked the really strong Nietzscheian overtones as well, which influence much more than just the title but tend to be the philosophical underpinning of the whole album, matching perfectly with the music's dark and epic moods. Wrap it up in one of the finest covers of the era (one you really have to see the original or a mock up to truly appreciate) and you have a perfect package.

5uu's - Hunger's Teeth – Ever wonder what some of the classic progressive bands would sound like today had they maintained their edge and not grown lazy and comfortable and become caricatures of themselves? Enter the...  (1994) » Read more

Aidan Baker - Book of Nods – While there are four indexes on this latest disc by Aidan Baker of Nadja, there are really only two tracks here, each in excess of 25 minutes, none of which are titled. We are clearly in minimalist...  (2008) » Read more

Hands - Strangelet – The Texas band Hands has been around in some form or another since the mid-70s, during which time they’ve only managed to produce a handful of albums, all of which are of consistently high...  (2008) » Read more