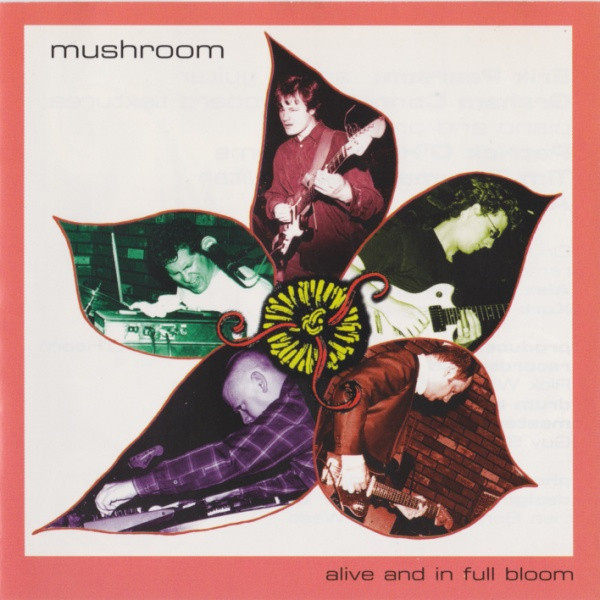 "Krautrock, psychedelic and Jazz influences” or so it states in a large orange label on the CD cover. I saw this band open for Kevin Ayers in San Francisco so I was already familiar with their sound — these guys are “improvisers,” meaning they wing it. Here throughout, guitarist Tim Plowman and keyboardist Graham Connagh are given plenty of room to do their thing. In the 21:24 “(Dinger & Rother visit) The Reeperbahn” a nearly looped bass line supports extensive organ and guitar workouts. Plowman's guitar doesn't just solo over the beat, he gets more personal, pulling many different sounds out of his instrument, while Connagh seems to favor the Hammond sound. He and Plowman see-saw their way through the songs, while Alec Paleo, Patrick O'Hearn, and Erik Pearson keep it all from falling apart on bass, drums, and “snake guitar” respectively. On “What's up with Graham,” there is a guitar / bass switch, bringing in Alex Candelaria and Kurt Stratham, why I know not, but Candelaria's jazzier guitar style is quite tasty. Like the label says, Mushroom's sound covers several styles and while this album didn't leap out and grab me, I found the music quite good, holding up over repeated listens.

Exclusive Raja - Off the Map – Off the Map is the debut release by a new French band on Musea's Musea Parallele series. Picture if you will a musical blend of Robert Fripp, Richard Pinhas, Alain Markusfeld, and Camel and you...  (1994) » Read more