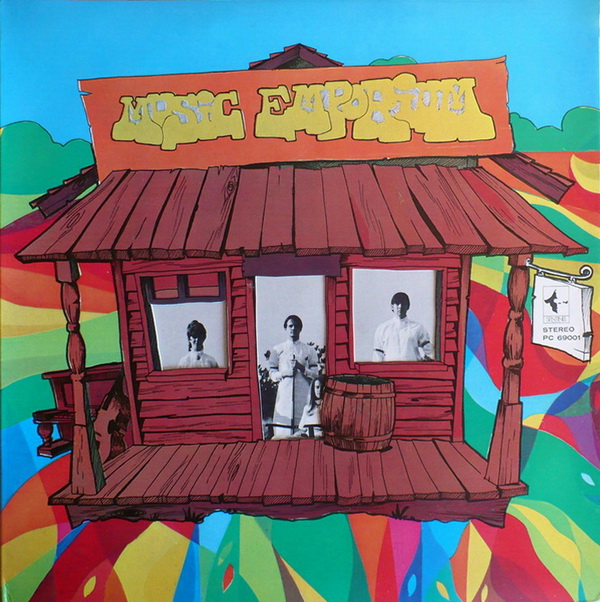 Music Emporium’s self-titled 1969 album is one of the rarest gems of the late 60s LA psychedelic scene, with only 300 copies originally pressed and an elaborate die-cut sleeve. Unlike some ultra-rare items from rock history, this one has musical value to back up the obscurity. The band was formed by accordion virtuoso Bill Cosby playing mostly organ, with a female rhythm section of Dora Wahl on drums and Carolyn Lee on bass, and guitarist Dave Padwin. Cosby and Lee handled the vocals, taking turns on lead and harmonizing with each other. Their primary influence was Iron Butterfly, with great interplay between the organ and fuzz guitar; the male-female harmonies recall a more refined Jefferson Airplane. The sound of folk, classical, and rock elements merged with psychedelia leads to an intriguing style, though the softer moments are less interesting than the heavy side of the band. At their best, Music Emporium could stand with any of the greats of the West Coast scene, and only random chance left them out of the popularity many of their contemporaries enjoyed. Highlights include “Nam Myo Renge Kyo” (imagine an Iron Butterfly version of a Buddhist chant), “Prelude” (with an organ part Rick Wakeman would have been proud of), and “Day of Wrath” (with the great lyric “There is no question that there will be peace on Earth, but will Man be here to enjoy it?”). All the players are very imaginative throughout, with guitar parts ranging from intricate finger picking to fuzzbox freakouts.

My Alien Is Cuter Than Your Alien