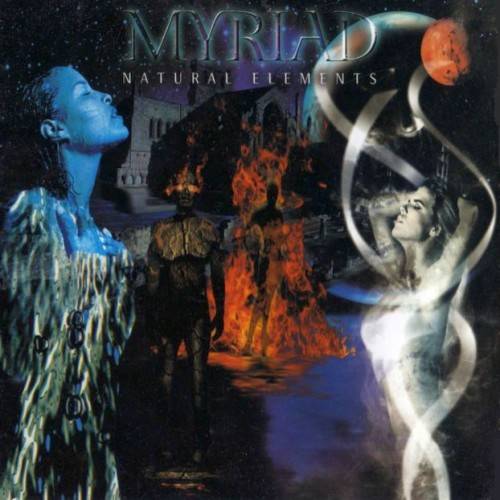 Myriad is a power trio who hail from Whitestone, New York. Fronted by vocalist and guitarist Fred Moehring, the trio captures a general feel much like Rush’s A Farewell to Kings era due in a large part to Moehring’s open chord electric twelve string guitar playing style which haunts the entire disc. The group has the syncopated guitar bass and drum thing down that many Rush and power trio tribute bands incorporate successfully into their own musical identity. Moehring avoids traditional synthesizer playing traps by triggering samples from his axe as heard on the “Prelude” to the “Natural Elements Suite.” Creating a moody introduction leads into some well crafted arpeggios that the trio creates as a creditable slice of familiar sounding songs that mostly stand on their own merit. At times the band exhibits lightweight songwriting as Moehring’s lead guitar is the main instrument which all the arrangements are built around. The guitarist’s singing works well across the disc as best represented on “Air” and ‘Fire.” Bassist Brian Cohen and drummer Tom Spagna establish a consistent rhythmic foundation and are at their best on “Priority One,” where the band rocks it up in a fashion familiar to many fans of Fly by Night. Probably the most memorable track is “Gladiator” for its prominent bolero style opening that segues into a heavy rock Black Sabbath-like section that works quite well. The band did a high profile gig opening for Arena at RoSfest in 2005 to some acclaim so it would suffice to say the trio is still gaining attention from new fans.