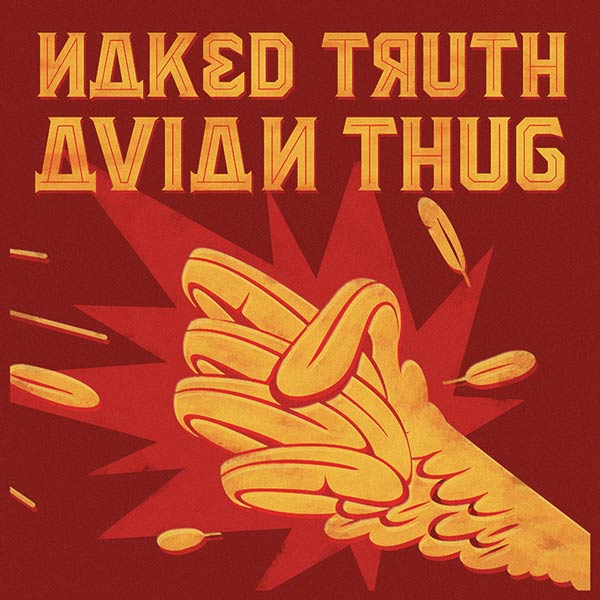 This is the third Naked Truth release, and the first I’ve heard. The quartet features what might be considered a standard jazz configuration of keyboards, bass, and drums with a trumpet as the lead, but the result is pretty far from something like what came out of any of the classic trumpet quartets of previous decades. But the identities of the players should have eliminated that possibility before a note was played: Italian bass explorer Lorenzo Feliciati, percussion experimentalist Pat Mastelotto, Roy Powell of InterStatic on keyboards, and trumpeter Graham Haynes, an alumnus of Steve Coleman’s Five Elements known for using electronics and samples in his music. Powell’s keys encompass piano, electric piano, and organ primarily, with synthesizers also showing up at times, as well as effects to process the sounds of his other instruments. His playing avoids jazz tropes entirely, with single lines that jump around, color-shifting clusters on the organ, and quirky rhythmic patterns that seem at odds with the other players but make a kind of twisted sense. Feliciati shows a lot of range as well, at times hitting the fuzz for a powerful nasty low end, at other times tossing off slinky lines on the fretless; he also contributes a bit of guitar and keyboards. Mastelotto’s usual hybrid kit of acoustic and electronic “things to hit” is in evidence, though at times his electronics are impossible to distinguish from all the craziness coming from the others. He thrives in this jazz-oriented setting, and it’s nice to hear him in something other than his progressive rock mode. Haynes’ playing provides a lot of the album’s bright spots, both with straight-up acoustic lines and with a wide range of different kinds of processing with echoes, harmonizers, and so on. In some ways, Avian Thug is a perfect modern take on some of Miles Davis’s electric innovations, though that’s an impression that’s likely any time a trumpet is incorporated into electric / electronic music with jazzy leanings. Although I’d bet that anyone who hates Miles’ electric music wouldn’t go for this either. That is not me – bring on the Bitches Brew, and bring on the Avian Thug!

Soft Machine - Live at Henie Onstad Art Centre 1971 – The challenge for any archivist of the Soft Machine catalog has been to present just what it was like to attend a performance by the classic line-up of Wyatt, Dean, Ratledge, and Hopper. Now with half...  (2011) » Read more