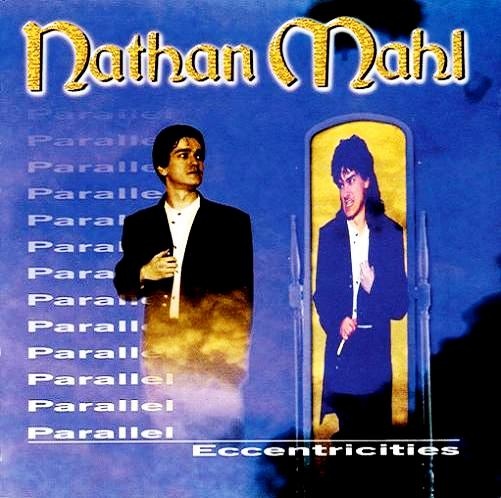 One of the better English Canadian progressives, this one has had a lot of attention amongst progressive collectors for its rarity and quality. I had heard that there were going to be bonus tracks on this reissue — after all 29 minutes is a scant album — yet there's only a CD-ROM feature (albeit a very thorough and impressive interactive band history) to back up the original album. Anyway Nathan Mahl is a group, not a person, and a four piece who recorded these five tracks in the early 80s. And while there is a tendency for very progressive rhythm structures, there is also a strong early 80s rock influence. For lack of a better definition it's almost like early Yes / Dixie Dregs meets the Heavy Metal soundtrack. There's "Schizophrenia" which reminds me of a track from Blue Öyster Cult's Fire of Unknown Origin or the closer "No Vacancy" that could pass for any of the early 80s new wave / rock fusions. Better are the first and third tracks, which are jagged prog rock with Dregs influences portraying a variety of twists and turns with a high quotient of excitement. These tracks are so good, they're worth the album alone. Considering the original LP goes for about $60-80 on the market, your average $18 is a much better deal on CD. The interactive CD-ROM track goes through an exhaustive band history from its inception up through the present, and details all of the lineup changes, starts and stops and break-ups, and the recording sessions along the way, all presented in a very fun way from the perspective of keyboardist and band leader Guy LeBlanc. There is also early studio footage, photos, anecdotes, and even mention of the band's upcoming project The Clever Use of Shadows. Symphonic fans should give this one a go, its reputation is somewhat deserved.