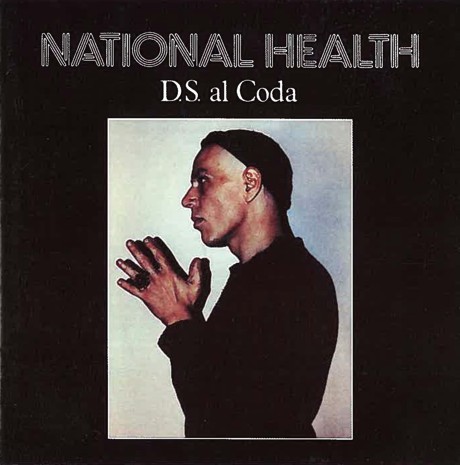 After passing away in May of 1981, Alan Gowen's last band National Health went on to record this, their third album, comprised entirely of material Alan had put to paper but never recorded. The remaining band was Phil Miller (guitar), Dave Stewart (keyboards), John Greaves (bass), and Pip Pyle (drums). Several notable guests appear as well, including Amanda Parsons (Hatfield and the North), Barbara Gaskin (who's been working with Stewart ever since), Jimmy Hastings (Caravan), and Richard Sinclair (Caravan). Musically, the album doesn't quite measure up to the previous two National Health releases, but that is largely due to the times and technology and not the songwriting. Although the material is perhaps jazzier than ever before, it is still firmly rooted in the bittersweet Canterbury style. Some of the instrumentation makes certain tracks hard to bear — cheesy early-80s synths, primitive electronic drums, poor horn arrangements, etc., but several standout tracks (like "Toad of Toad Hall," "Portrait of a Shrinking Man," and "Shining Water") make the album worth owning, especially for Canterbury freaks. While this reissue is adeqaute in and of itself, a better choice would be National Health Complete, a 2CD set containing all three albums in their entirety with some bonus tracks.