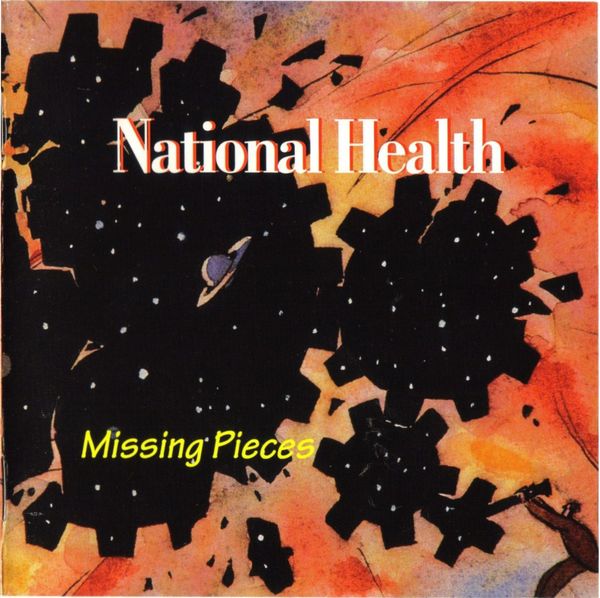 After 20 or so years in the vault, many unreleased National Health treasures finally see the light of day. National Health ranks up there among the most important progressive rock bands of all time. They were England's answer to Magma. Their complex arrangements, difficult rhythms, and distorted view of harmony were far more progressive than any of their British "progressive" counterparts of the day. National Health composed and performed the type stuff that Frank Zappa might have listened to and thought, "Man, this is complicated!" Most of the tracks on Missing Pieces feature musicians that never appeared on any of the three National Health albums — Bill Bruford, Phil Lee, Mont Campbell, and Steve Hillage. Largely, the tracks herein are recordings of the earliest incarnations of National Health — before their first album. A good portion of the tunes were penned by original bassist Mont Campbell. That, combined with Bill Bruford's unique drumming style and either Phil Lee or Steve Hillage on second guitar, give these tunes a distinctly different flavor than anything the band ever did afterwards. As usual, the songs have so much depth that even after several listens, there is something new with each hearing. Keyboardist Dave Stewart provides his typical humorous, detailed liner notes that are worth the price of admission by themselves. There's a few "bonus" type tracks on the CD too — Stewart / Gaskin's re-recording of Mont Campbell's "Starlight and Seaweed" plus snippets from a few live shows. Believe it or not, Missing Pieces is probably less accessible than any of the other three albums. In the liner notes, Dave Stewart admits that during this time period, he and Mont Campbell were competing to see who could write the most complicated stuff! (Mont won by the way.) It's probably not the ideal starting point for those wanting to become familiar with National Health, but for those who have heard and liked any of their other albums, Missing Pieces is a must.