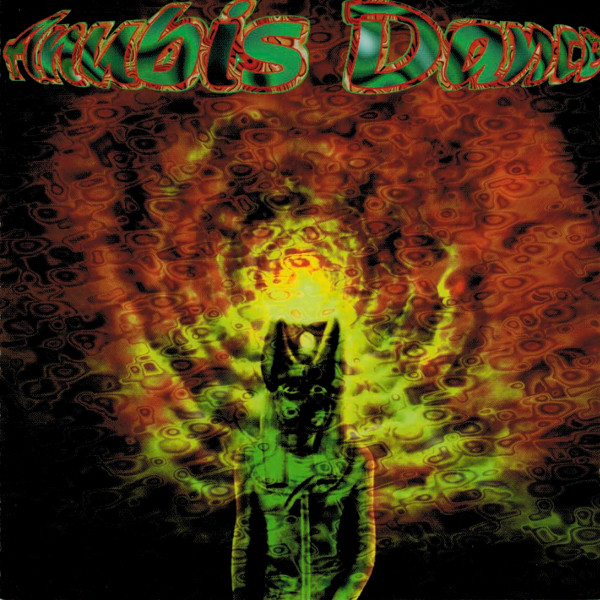 Egypt has fascinated rock musicians to varying degrees over the years: Agitation Free, Nik Turner, Anubian Lights, Amenophis, Pink Floyd, Cosmic Jokers, Dissidenten, Gong, and Hawkwind to name a few. Now the master of dark, sepulchral, electronics, Peter Frohmader, presents an entire CD based on Anubis, the Egyptian god of the dead. Anubis Dance integrates his throbbing bass lines, Egyptian samples and motifs, and his dark vision. Recorded in 1997 and released in 2003, it is a precursor to his previous electronica influenced release 2001. Personally, I prefer Peter’s abstract work to this new musical direction. I find the two bonus tracks, which are second versions of "Anubis Rising" (track 2) and "No Panic" (track 6), more to my liking. I could be wrong, but the other seven tracks seem to be the same tempo, and though there are lots of interesting little things happening all over the place, the music can be a bit mind numbing. Make no mistake, Anubis Dance is difficult music that takes electronica to the eXtreme.