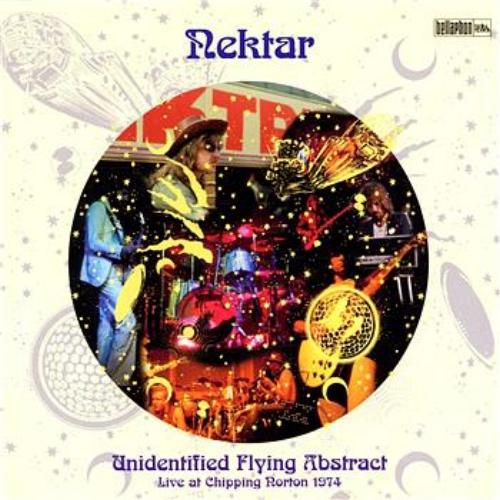 Nektar occupies a somewhat awkward place in the history of progressive rock. They don't fit in with the symphonic style of Yes or Genesis, and they're not as elaborate as King Crimson or Gentle Giant or artsy and uncompromising as Henry Cow and friends. Like Camel and Caravan, their music grows out of the psychedelic rock of the 60s, with occasional big concepts, multipart suites, and a bit of room for improvisation, but with a definite rock and roll feel almost always present. This live in studio recording dates from a single night in 1974, when they were at the creative peak of their 70s work. Remember the Future and Down to Earth (recorded but not yet released) were immediately behind them, and Recycled just ahead, but instead of a set from the Down to Earth tour (as documented on Sunday Night at the London Roundhouse), this presents almost all new material (“Desolation Valley” from A Tab in the Ocean being the only pre-existing song). In spite of the fact that none of the five new tunes here never got another studio recording, the material is not really inferior, only unrehearsed and a bit underdeveloped. There's a bit of jamming, especially on “We Must Have Been Smashed,” but the playing is good enough to hold a listener's interest. This is not an essential piece of rock history, but it is a great addition to Nektar's discography, and surely of interest to any fan of the band.