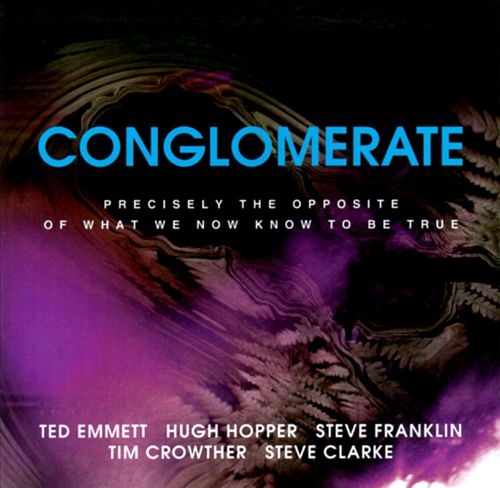 This heavily Miles Davis influenced band effort is like a an extended jam between Terje Rypdal (adding in some ethereal, Bill Frisell-ish overtones) and Group 87. Or more likely a direct comparison can also be made to 1985's blistering Cloud About Mercury (featuring superstars Torn / Isham / Bruford / Levin), but perhaps with a slightly less aggressive rhythm section.This English fusion project is a merger of 2/3 of the bands Groon (Tim Crowther and Steve Clark) and Phil Miller's In-Cahoots personnel (Hugh Hopper, Steve Franklin, Ted Emmett). Whereas Groon is a newer entry on the English jazz scene, the remainder of the quintet has been well established for ten years or more. Sound results are grounded in a groove characterized by lead guitar synth and a solid, driving, bass and drum interplay. Hugh's bass is very understated except for Track 4: "Fridge of Flies" probably the most free track on the disc, where jarring electronic blasts accompany a spirited, crisp rhythm with guitar phrasing adding and subtle keyboard textures. Trumpeter Ted Emmett's playing is very much like Mark Isham's jazzier endeavors. As improvisational as this session is, it's not as dissonant as Davis' similar works. The group does have cohesion so there's not just a bunch of aimless rambling with no return to base state. Crowther does a good job of switching from straight electric, lead guitar to guitar synth (mimicking a very radical, piercing organ sound) to clean lead lines almost Mahavihnu-ish. This would be a great group to check out live, I think.

Note: This album, originally released in 1995 as by Conglomerate, was reissued in 1999 under the Network name.