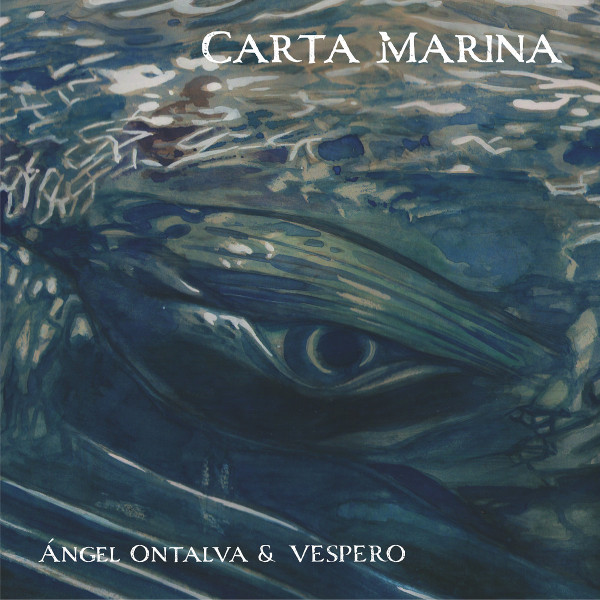 October Equus’s guitarist Angel Ontalva and Russian spacerockers Vespero have joined forces to record and release an interesting album of seven instrumentals, Carta Marina, that spans both of their worlds. Spanish for marine chart or map, Carta Marina takes the listener on a long strange journey above and below the seas, mixing Vespero’s cosmic electronic excursions with October Equus’ progressive jazz. The album opens with the title track, an eerie melodic intro that emulates Edgar Froese’s guitar hero days in Tangerine Dream. Angel’s soaring guitar riffing is complemented by Vespero’s violinist. Next is “Sea Orm,” a bit slower journey through the ocean depths, followed by the imaginatively titled “Giant Lobster between the Orkneys and the Hebrides.” This instrumental has an eerie Twilight Zone quality that slowly evolves into ethnic world music with a bit of jazz fusion. “Insula Magnetica” is a slow atmospheric piece that reminds me a bit of the Legendary Pink Dots’ “Evolution” from their 1991 album The Maria Dimension. Then we are treated to the delicate “Sledges Crossing the Gulf of Bothnia,” a wonderful psychedelic jam augmented with harp. Continuing North around the Arctic Circle we reach “Horrenda Charybdis Near Lofoten,” a dissonant dark jazz fusion jam. And the album closes with “Ziphus,” another dark cavernous aquatic journey through the deepest realms that just slowly fades away. This album is a change of pace for both artists and shows them reaching out into new musical directions.