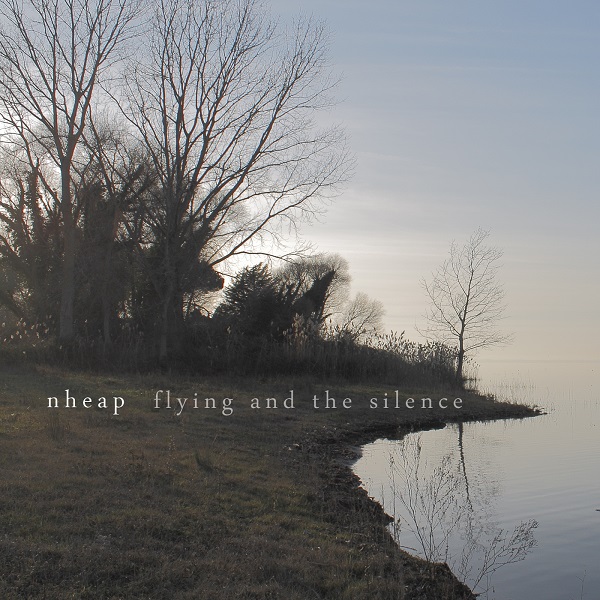 Late night or early morning chill-out music, that's what Nheap feels like to me. It's similar to the atmospheric instrumental music heard out of the ex-Japan camp (Barbieri, Jansen, Karn, Sylvian), with maybe a bit more of a jazzy inflection. There are no blistering solos, high-energy rhythms, or funky workouts. Electric piano supplies many of the melodies, with a pure bell-like tone that speaks of calm contemplation. The drum parts are supporting and even somewhat sparse, which is a little surprising given that Massimo Discepoli is primarily a drummer. The music is mostly about textures, with treated echoes on keyboards, guitars, and whatever else is involved — in these sounds, sometimes it's hard to determine the source just by listening. But it's not all sleepy mellowness: the title track picks up the pace a bit with some lovely grooves on the kit. Flying and the Silence is a case where harmonic or compositional sophistication is not what you look for; mood and feeling are more important. So while I could wish for more straying away from standard major/minor tonalities, I can't fault Discepoli for following through on his vision of a music that floats between jazz, rock, and electronic realms.

Roger Powell - Cosmic Furnace – This legendary album from the early days of electronic music is a welcome reissue. The overall sound is a bit unusual because of Powell’s use of ARP synthesizers rather than Moogs. The tracks...  (2006) » Read more