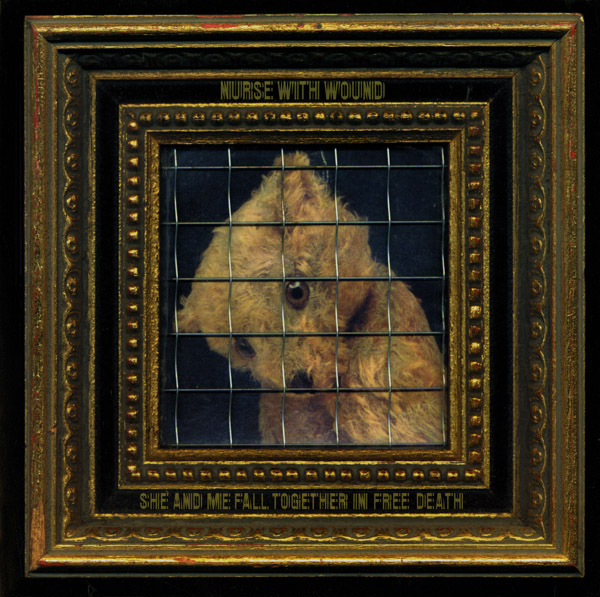 Beta-lactam Ring Records seems to revel in obscurity. Most of their product is released only on LP in limited pressings, they come with minimal credits, the discs themselves have lovely graphics in the center, but no titles, so you have to look very closely to figure out what it is. And on all of the BLR titles I’ve heard, this obscurity fits the music eminently. It’s all difficult stuff. Nurse with Wound has been around since the late 70s, but this is actually the first release of theirs I’ve heard. I can’t speak to its place in their sizeable canon, but as a newcomer it is a frustrating mix of interesting and just plain annoying. The first side consists of the title track, a slow-building piece of krautrock-influenced droning. A simple drum beat underlies distorted (but not too noisy) sounds that come and go, all apparently produced by musicians playing instruments. It’s very reminiscent of something Faust might have done way back when, minus any noticeable studio trickery. Side two is another thing altogether, consisting of one song and two abstract sound collages. The song, a cover of “Black Is the Color of My True Love’s Hair,” I find nearly unlistenable, the vocals nauseous and the backing nothing special. The collages are even worse: “Chicken Concrete” is an attempt at musique concrète using chicken and other animal noises edited and manipulated; “Gusset Typing” features a robotic voice performing a sexually explicit monologue that is neither erotic nor humorous.