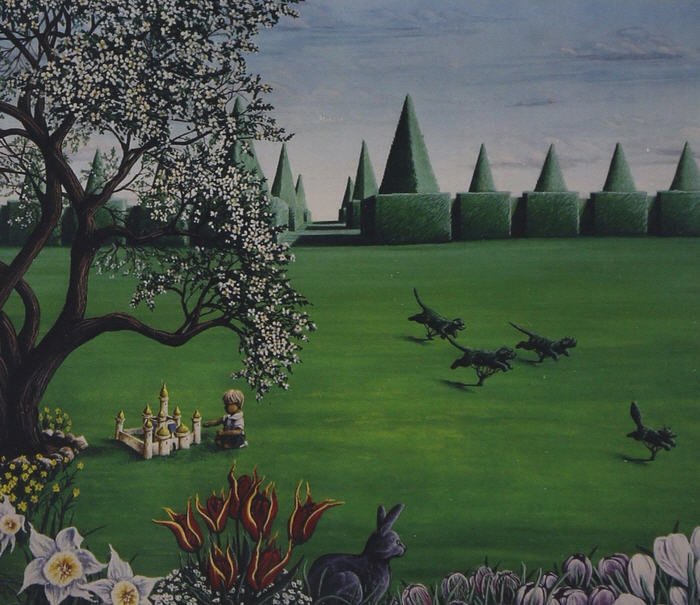 Baltimore based Oho doesn’t put out a lot of product, but when they do, they do it right. Their latest offering is a combo CD+DVD covering material recorded over a 24-year period, although most of it seems to be of more recent vintage. The core band is David Reeve (drums, keyboards) and Jay Graboski (guitar, keyboards, backing vocal), joined by numerous auxiliary singers and instrumentalists – the exact details are not provided in the nearly non-existent liner notes. For the most part this is hip, jangly folk-pop with a somewhat proggy feel; the compositions are superb, succinct and highly melodic, consisting of song-length ideas worked into intriguing arrangements in a number of styles – energized, jubilant, and brilliant in many different ways. The female vocalist that sings on most tracks has a voice somewhat reminiscent of Stevie Nicks, commanding and powerful; the instrumental arrangements employed are colorful and supportive, featuring violin, saxes, bass, acoustic and electric guitars, steel guitar, keys, drums and percussion, mandolin, backing harmony vocals, and more. Folky at the core, their sound rocks, clearly borne of modern vintage, fresh and vital, and not retro in any way. The thirteen main tracks (those new to Bricolage) are supplemented by seven additional bonus cuts mostly pulled forward from the 1990 self-titled disc, 2003’s Up, and The Oriency Anthology. The DVD contains twelve songs – videos and live performances culled from material on those earlier discs, though often with different arrangements. In all, Bricolage is a superb entry point and comes highly recommended.

Poor Richard - Knees, Reins & Feet – As the debate over the meaning of the word "progressive" (as it applies to rock music) continues, the loosest interpretations generally define it as anything that eschews the mainstream...  (1994) » Read more