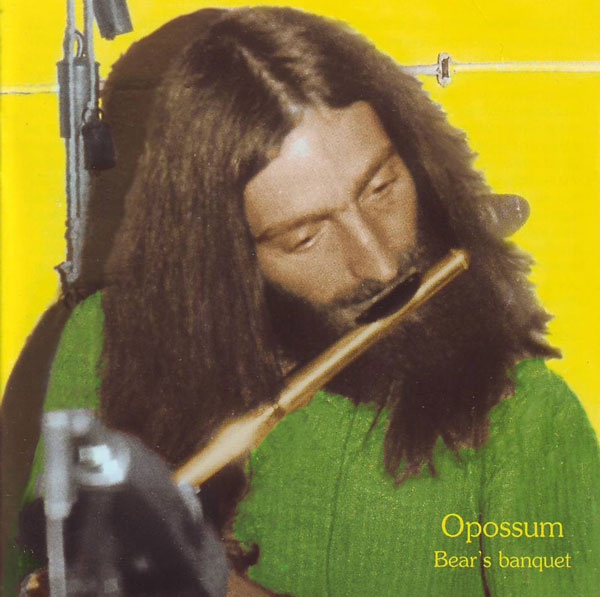 Opossum is another of Garden of Delights’ wonderful finds. The band was a precursor to Morpheus, and never actually released any recordings during their existence (1971-75), though these remarkably clean tapes from a 1974 session were resurrected and prepared for the digital age by guitarist Gerold Adler. The band was founded by Peter Blömeke (flute, drums, synth), Karl-Heinz Cornelius (bass), and Heinrich Holtgreve (sax, clarinet) and eventually expanded to a six-piece with the addition of Adler, Alfred Franke (drums) and Robert Binnewies (keyboards). Their style encompassed the kind of electric improv pioneered by Soft Machine in the Third to Seven era, a comparison strengthened by the prominence of electric piano and sax. The band is elevated from mere Soft Machination by the use of flute and Adler’s guitar, which fits in nicely and does not dominate even though he is listed as composer on most tracks. In addition, the compositions are less riff-based than typical Soft Machine. The quality of the playing, especially the soloing, is very high, and it’s a tragedy the band never managed to get this recording released in its time frame. Of all the German bands playing improvisational jazz-rock in the 70s, Opossum could have taken a place near the top. I find the adventurous spirit of the music refreshing in today’s climate of safe, backward-looking jazz, and super-technical over-arranged fusion. Some brief moments of almost-corny samba are the only missteps in the set, and those are easily overlooked.