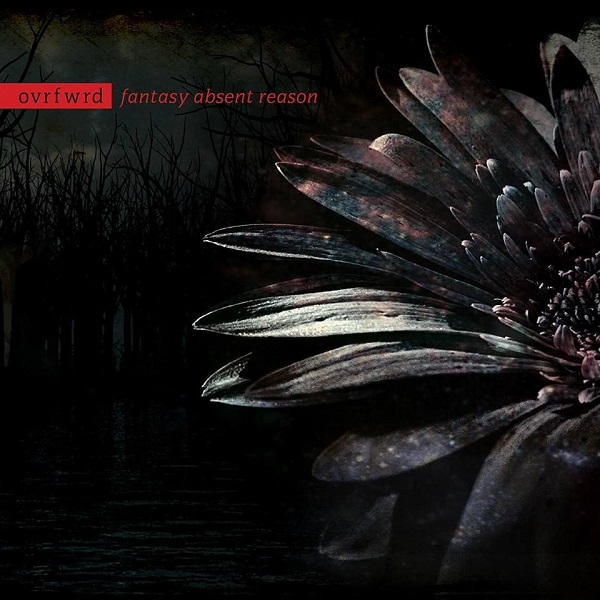 Fantasy Absent Reason is the second release by this prog rock instrumental band from Minneapolis. The four bandmates continue down the path they blazed with 2014’s Beyond the Visible Light. Chris Malmgren’s keyboards lend richness and intriguing ideas to the mix. The title track opens the disc with a pseudo-harpsichord, an instrumental sound long absent in contemporary prog rock compositions. This nearly 17 minute composition alternates between energetic guitar wizardry and quiet introspective interludes with Hammond organ, piano, and other keyboards. Each of the five tracks is a separate and distinct musical excursion into Ovrfwrd’s world. The second track,”Brother Jack McDuff” follows the same format, with Chris’ Hammond organ recalling Brian Auger. As Jon Davis had noted about Beyond the Visible Light, the band gives the impression of 70s prog rock without being derivative. Ovrfwrd slows things down with track three “Dust Nova.” There is something about this piece that makes me think of ELP’s “Take a Pebble.” Track four, “Utopia Planitia,” takes the listener into the hard rock realm along with dissonant flute and wonderful Mellotron. And the closing track “Creature Comforts,” is just that. A quiet and pleasant four minutes of sonic bliss. Overall, or should I say OVRLL, Fantasy Absent Reason is a wonderful entry as OVRFWRD’s sophomore release.

Progressive rock is my musical comfort food. When done right, it takes me back to some of the first music I heard that really captivated me. And just like the dishes that may be your comfort food, music is not automatically good just because it’s in the same genre. Ovrfwrd gets it right, however, spinning their own variation on the classic ideas of progressive rock and seasoning it nicely, producing quite a tasty dish. (I will now let go the food metaphor.) Fantasy Absent Reason continues the strengths of their debut, and maybe even improves a bit, coming in as a solid instrumental progressive rock album, full of vintage keyboard sounds, clever arrangements, and multi-part suites, all without sounding forced or pretentious. It also doesn’t sound dated, in spite of the vintage keyboard sounds. Piano is once again Chris Malmgren’s most prominent instrument, with some nice fat analog lead lines, organ, heavy strings, electric piano, and even a tasty harpsichord to open the title track. Mark Ilaug’s guitar playing is just as varied, ranging from lovely acoustic to semi-jazzy clean electric to screaming distorted electric, for the most part avoiding stock phrases, and using some tasty octave melodic lines and complex chords. Images are conjured up of such diverse bands as Djam Karet, Balletto di Bronzo, King Crimson, Electric Asturias, and more. More contemporary comparisons would come from Eccentric Orbit and Spontaneous Rex. Further mixing it up from their debut, where all the tracks were over eight minutes, this time they include two shorter tracks, including the kick-ass “Brother Jack McDuff.” I suppose there might be some listeners who would prefer to have some vocal content, but I’m fine with excellent instrumental music like this. Ovrfwrd is one of the bright lights in American prog in 2015.

Minneapolis-based quartet Ovrfwrd clearly decided to stay the course for the follow-up to their 2014 debut, Beyond the Visible Light. These five instrumentals (clocking in at a comfortable 45 minutes) give the listener plenty to chew on, from the many moods of the 16+ minute title track to the swinging fusion of “Brother Jack McDuff” to the delicate and spacious textures of “Dust Nova” to the bright and technical “Creature Comforts.” The band seems most at home when they are deep into one of the many extended, heavy jams that appear on nearly every track. The music surrounding the jams can occasionally feel like accessorizing, but at least the group realizes that an album made up entirely of heavy jamming would overstay its welcome quickly. As with the debut, guitarist Mark Ilaug and keyboard player Chris Malmgren garner most of the attention as soloists, though drummer Rikki Davenport is also a constant presence and is often leading from the rear. I wouldn’t call harmonic invention one of Ovrfwrd’s strengths, though Malmgren proves himself adept at Steven Wilson’s brand of melodic tension and release, which provides invaluable relief to the grinding, minor key jams. When Ilaug reveals his jazzier side the material really takes off and if the band decides to continue down their current path I’d recommend they delve deeper into this territory. Here again they’ve demonstrated a unique take and competency with fusion and it will do nothing but open new vistas for them.

As Lonely as Dave Bowman - Pod – The genesis of this floating ambient side-project by Sam Rosenthal, founder of Black Tape for a Blue Girl, is an interesting one. It began with Rosenthal’s four year old son playing with a...  (2008) » Read more

Six Gun Lullaby - Six Gun Lullaby – I’m the last person who would insist on bands adhering to standard instrumentation, but when I listen to this one, I hear a sound that’s tinny and kind of wimpy – and wimpy is the...  (2008) » Read more

Dug Pinnick - Emotional Animal – Dug Pinnick is the voice and bass presence of King’s X. His last two solo recordings under the Poundhound moniker were outlets from the artist’s main gig with his power trio and these...  (2006) » Read more