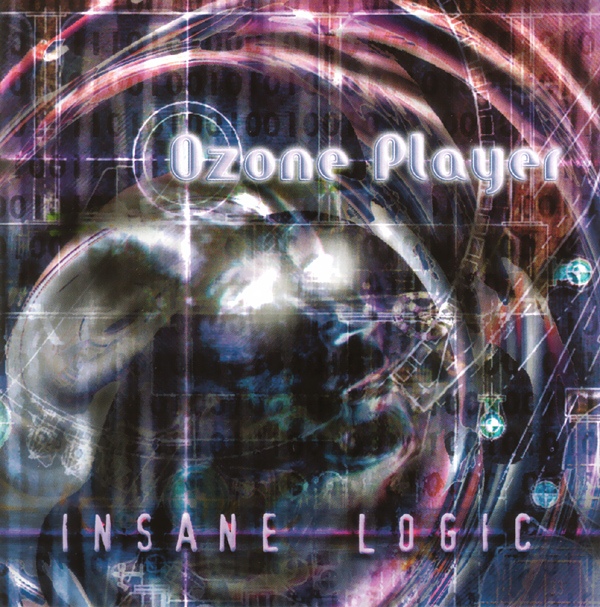 Here’s another entry in the one-man electronic music genre, in this case Otso Pakarinen of Finland. He’s got a couple of interesting twists on the conventions of electronic music. One is a fondness for tones lying outside normal tuning, gamelan-gong sorts of sounds with unusual overtones. Another is a goofy sense of humor, leading to some silly samples and corny sections of songs. Partly because of the first, and in spite of the second, most of Insane Logic works very well. Ranging from nearly ambient soundscapes to bouncy sequenced grooves, Pakarinen manages to never sound quite like anything else I’ve heard. Analog and digital sounds are combined to the point where it’s pointless and impossible to identify or separate them. The few missteps are the result of wacky humor that doesn’t always work for me. The “do-be-do” sampled vocals on “Casino Mobile” are just a bit too much. But a great track like “The Reality Dysfunction” more than makes up for the silliness, with all sorts of unidentifiable noises making up the rhythm, and unexpected tone colors around every corner. And “Warezz” has a fascinating combination of distorted percussive noises and catchy sequence. In some ways, Ozone Player reminds me of a somewhat warped Synergy, and in my book, that’s a compliment.

M.A.S.S. - Mysteria – In the early 70s there was the legendary Krautrock band Mythos, led by multi-instrumentalist Stephan Kaske. Over the decades Kaske remained active as a musician, ultimately becoming a solo electronic...  (2008) » Read more