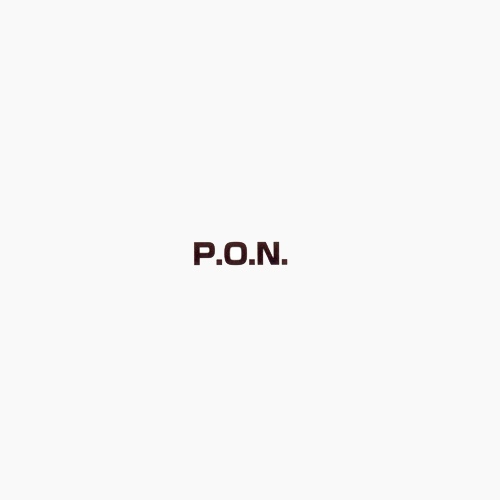 Led by drummer Masahiro Uemura, P.O.N. is a sax-drums-guitar trio that adds guests on vibes, bass, and occasional violin. Guitar duties are handled by Natsuki Kido of Bondage Fruit, for this, their first effort on the CD format. Now, how to approach reviewing an album like this... Certainly the busy, explosive ramblings of this music can't be digested in a few listens. One thing is for sure: when you hear it, you'll know it was composed by a drummer. To my knowledge, only Zappa has taken odd rhythms this far in rock music. But P.O.N. couches their music in a noisy, boisterous, almost jazzy setting that is reminiscent of Dr. Nerve. Uehara's orchestrations are full of hocketing melodic fragments that jump from one instrument to another, faster than you can blink. All is not chaos, however. These works are structured. But the way the melodies are chopped up; how the groove is torn to shreds, themes tend to get left behind in a cloud of screaming sax, and pounding drums... Music that goes to the extremes, and stays there for the duration of the CD. I was worn out after two or three of these workouts. Even Kido's playing here shows little of the restraint of his own group's work. One can easily be impressed by P.O.N.'s effort, and the virtuosity of these well-seasoned pros in handling such fiercely demanding and intricately composed music. Emphasis on complex rhythm like this is almost non-existent in the West, outside of "serious" music environs. However, balance is, I believe, more important. Were Uehara and Kido to collaborate, it could perhaps add some of the melodious elements that P.O.N.'s music is lacking.