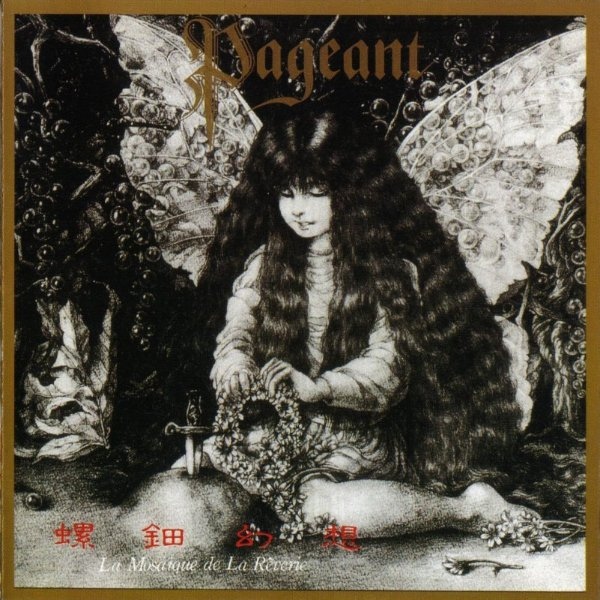 Having heard well over a hundred Japanese symphonic progressive rock releases from the early 80s to the present, ranging from mediocre to excellent, there are two that come to mind immediately as among the very best that scene has to offer: one is Providence’s And I’ll Recite an Old Myth, and the other one is this first full length release by Pageant from 1986. The band, fronted by powerful female vocalist / keyboardist Hiroko Nagai, led by guitarist Ikkou Nakajima, and also featuring Kazuhiro Miyatake (Mr. Sirius) on flute and acoustic guitar, plays a dynamic symphonic rock ranging from delicate passages featuring mainly acoustic instruments to full-power wall-of-prog, all meticulously arranged. Some comparisons that come to mind immediately are Renaissance circa 74-77 (Turn of the Cards, Novella), and perhaps the more gentle and acoustic side of early Heart (Little Queen, Dog and Butterfly) with all the soul and blues pretenses of the latter replaced by Euro-classical sensibilities. Hiroko’s vocals (in Japanese) are a match for Annie Haslam, though a little deeper and more tempered. The three opening tracks “La Mosaïque,” “Vexation,” and “Echo,” are worth the price of admission alone. This has been on CD before (King label, long out of print), and Musea’s reissue adds no bonus tracks, but the booklet does contain a short history of the band up to the release of this album. For those interested in exploring the world of Japanese symphonic prog, this is the place to start.