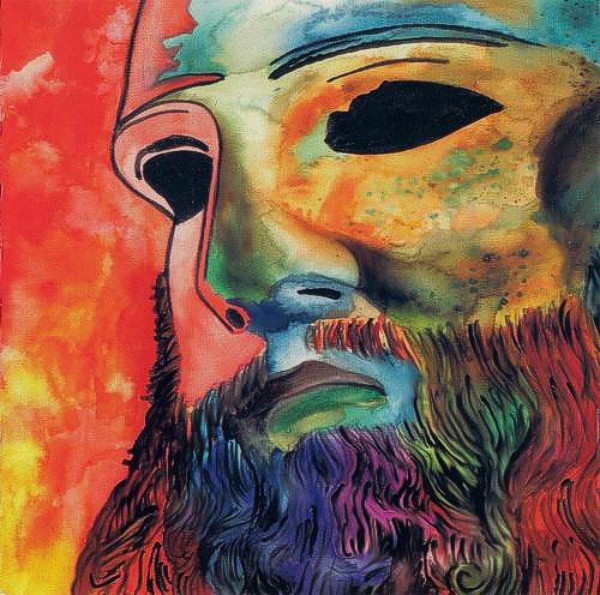 I thought this niche of the symphonic rock genre was long dead, but I'm very glad it isn't. Pangée of Quebec, Canada is strongly in the 70s French symphonic vein with heavy nods in the Shylock / Carpe Diem direction. Entirely instrumental with three long tracks, Pangée runs the dynamic gamut and elate the mind with lush keys and those poignant "French" guitar tones. The listener is reminded of those days of tortured themes and angular and oblique melodies. Pangée isn't entirely a 70s throwback though, and even with their debut they've succeeded somewhat in pushing in a different direction. There are flavors of classical music and that musical fusion of early Mike Oldfield that lend a certain somber or calculated aspect to the long symphonically arranged tracks. At times, and slightly too rarely, Pangée erupts in those intense emotional passages that symphonic rock is all about and if they were to carry these out a bit longer, the album would have approached classic status. A great debut really, one of the best of late 1995.

There's been a buzz about this album since early this spring, indeed it was highly touted by all who had heard it, which made this writer both curious and a little suspicious — knowing how things tend to get hyped way out of proportion. After finally tracking a copy down and giving it numerous careful listens, the report is positive. This all-instrumental five-piece from Quebec features a standard four-piece plus violin, with bassist doubling occasionally on clarinet. The album consists of three very long tracks, which seem to be in a constant state of evolution, rarely returning to previously explored themes. The compositions and playing are spirited and at times intense, with plenty of thematic and mood changes that flow together sensibly, yet are unpredictable enough to make even the most demanding prog fans sit up and take note. For stylistic comparisons, one might place their music somewhere between Änglagård and Shylock, with occasional flashes of the free-spirited feel of Krautrock. These connections are strong, but never transparent or derivative. No musician really stands out among the others, all demonstrate that they are extremely capable, yet all work selflessly together as one finely tuned machine. The only downside on the disc is the occasionally muddy sound when things get complicated, and the somewhat low budget production — yet some may note this gives the disc a quasi-70s authenticity (and the periodic use of the Mellotron contributes to this also). Definitely a disc that will demand repeated listens, Hymnemonde is also one that is vying for a spot on this writer's best of '96 list.

Listening to this new Quebecois quintet's début album is like stepping into a time-warp and going back to 1972 Germany. Though it is certainly a new release, it is convincingly 70s sounding, right down to the rather poor recording quality and predilection for cheesy instrumentation (especially the Farfisa organ, which has got to go). Obviously there's some Krautrock influence (part 4 or so of the 20-minute "Quartus Frenesis" begins with a passage of ostinatoing violin, throbbing bass plucks and drum / cymbal clatter that will have you wondering if you may have suddenly stepped into a Can album), it's not as simple as that. Passages of hypnotic improvisation are often followed by complex group riffing, or a spacy passage of organ and acoustic guitar will make way for a ripping synth solo. It's certainly more intricate and multilayered than any Krautrock release I can think of, some passages even remind me a bit of Änglagård! The three long instrumental compositions are certainly hard to pin down, in that it's fiendishly difficult to tell what was, in fact, composed and what was improvised. This indeed may well have been their intent, in which case, they were truly successful. This album really left quite an impression on me, if only for sheer originality and imagination, especially for a debut recording.

Cast - Endless Signs – Cast has dropped five CDs in just over two years, yet much of that material was recorded in the 80s and early 90s, and not released until now. Endless Signs, however, is their latest release featuring...  (1996) » Read more