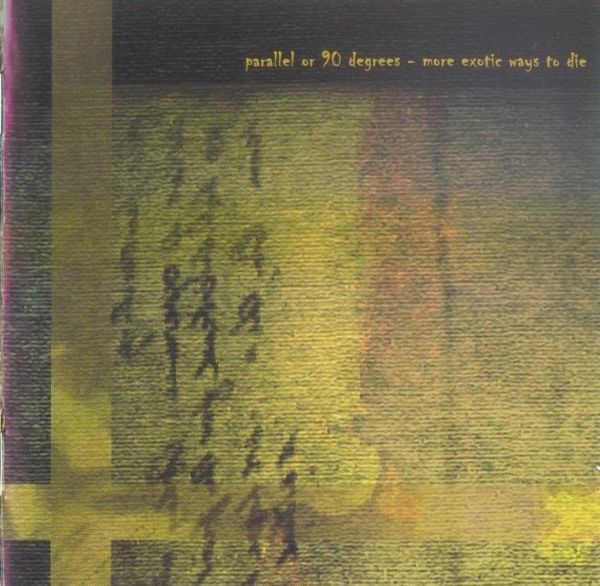 Whatever else you might say about Parallel or 90 Degrees, they do have an obsession with dark subject matter: the first seven tracks are grouped as parts 1 to 6 (two are instrumental – go figure) of “More Exotic Ways to Die,” and each song presents a story about death, at least figuratively. “Impaled on Railing” is about letting the outside world determine who you are and searching for a way out of the need to live how others would prefer. “Embalmed in Acid” at least uses its title in the lyrics, though its theme is similar to “Impaled” – a seeming worker drone, “A willing workhorse for the company” who faces a symbolic burning away of his façade. The chorus of this song is later reprised in “Free Drift” to great effect. The music to accompany these lyrics is rather dark, and sometimes aggressive, though not at all like black metal. “A Man of Thin Air” features a great riff in 7/4, a little like one of Porcupine Tree’s heavier moments. At other times, Po90 reminds me of Random Hold, partly for Andy Tillison’s vocals and the minor key melodies. The band do exhibit a sense of humor briefly by titling one instrumental “The One That Sounds Like Tangerine Dream.” The other instrumental track, “Drum One,” is a highlight of the set. My main problem with the album is that after five studio tracks, it suddenly changes to a live recording, with a different tone and sound quality (not bad, just different).