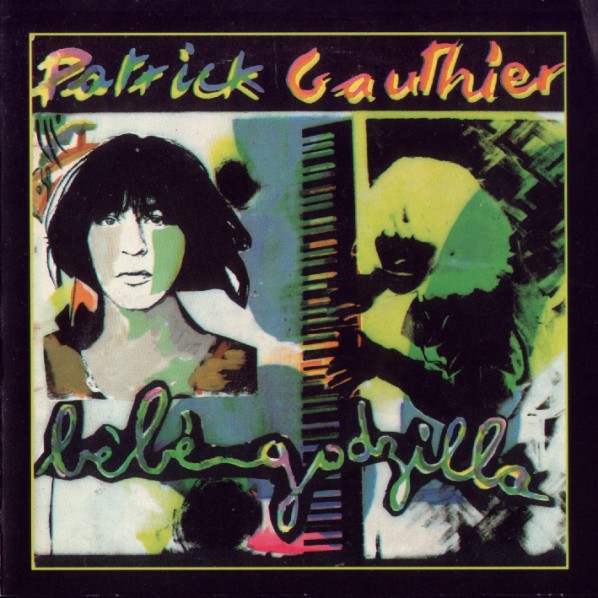 I've wished for a CD reissue of this — Patrick Gauthier's all instrumental post-Weidorje album — for many long years. Finally on December 24th I found it in a record store by total surprise. Did Santa Claus visit the store just before I arrived? Gauthier was, of course, a keyboardist in Weidorje, that mystical Magma spinoff that recorded one album and vanished. In fact he was briefly a member of Magma as well, but he is probably best known for his tenure with Richard Pinhas and Heldon. Bébé Godzilla is a potent mixture of electronics, powerful zeuhl, and jazz-rock, with a touch of classical creeping in from time to time. Naturally, as one might expect, the mix is dominated by keyboards, yet Gauthier spared no effort on assembling an outstanding cast of support musicians. The guest list is like an index of the best and most creative musicians France has to offer: Richard Pinhas, Didier Batard, Alain Bellaiche and Francois Auger from Heldon; Benoit Widemann, Bernard Paganotti and Christian Vander from Magma; Michel Ettori, Kirt Rust and Jean-Phillipe Goude, as well as brothers Alain and Yvon Guillard — all ex-members of Weidorje; Cooky Rhynoceros from Hydravion; David Rose from Transit Express. The list goes on — I think you get the picture. Musically, the project comes off shining and powerful, comparable to Jean-Philippe Goude's Drones, but a bit more jazz oriented. All considered, this one's a monster, and a must-have for anyone into the sound of Pinhas or Magma, or any points in between. Highly recommended for anyone with an ear for some essential and spirited keyboard based jazz-rock.