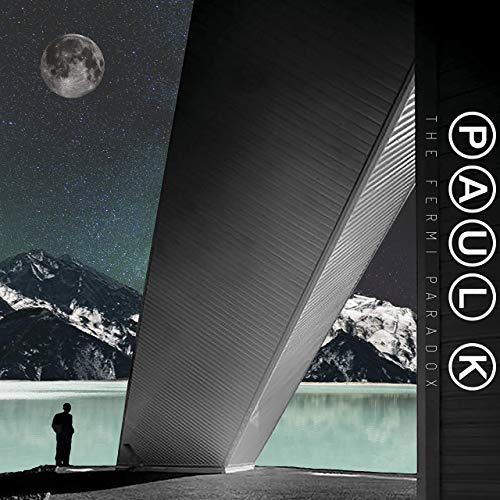 Paul Kirkpatrick is a British composer, arranger, producer, and multi-instrumentalist who operates under the moniker Paul K. On these fourteen tracks he creates a musical homage to Italian physicist Enrico Fermi and his famous 1950 quote “So, where is everybody?” which triggered a renewed interest in the possibility of extraterrestrial life, the lack of solid evidence that such life exists (though much evidence has come to light since then) versus the high probability that with a hundred billion stars in our own galaxy and a hundred billion galaxies in the known universe that life’s existence somewhere else seems likely. These themes are explored in an electronic, symphonic, progressive-rock, and ambient style, with Kirkpatrick playing piano, synths, Mellotron, progrmming, electronics, and some percussion, capably assisted by a number of other players including drummer David Williamson-Smith, fretless bassist Julian Todd, guitarist Gordon Foley, cellist / vocalist Rachel Dawson, vocalist Corinna Jane, and many others, track depending. To underscore the theme, Kirkpatrick has included spoken voice samples from various cosmologists including Carl Sagan, Joe Silk, Mario Livio, and Frank Drake and others that appear on certain cuts throughout the program, but they don’t really get in the way of the music, they just enhance it in a subtle way. The overall treatment of the material tends toward grandiloquent and bombastic in parts, though one gets the sense this was every bit Kirkpatrick’s intention; the effect is a little off-putting at first, but after a few passes through the album the concept and the arrangements all come together and make sense. The melodic widescreen atmosperic exploration should appeal to fans of 70s era Vangelis and other similarly inclined synth-based composers.

Kit Watkins - Azure, Sunstruck & In Time – Everyone should at least be aware of who Kit Watkins is. His first gig was keyboardist with the acclaimed Happy the Man, who released two outstanding albums in the late 70s, for which Kit penned more...  (1994) » Read more