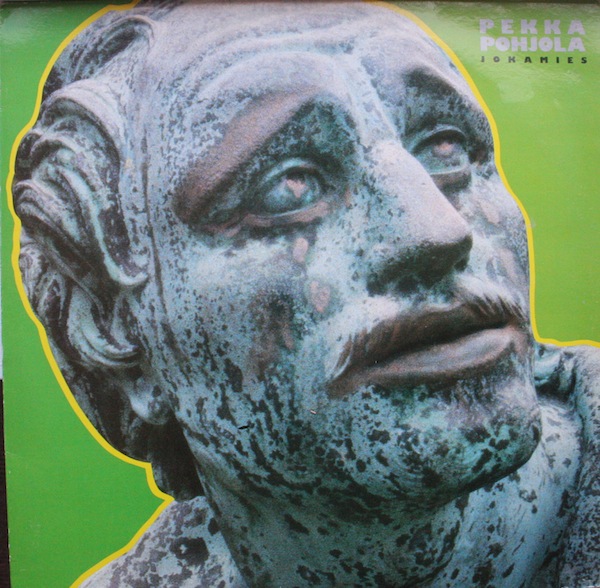 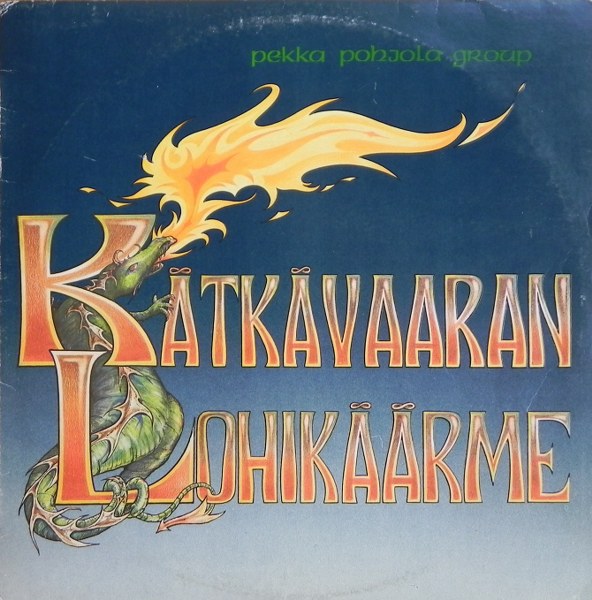 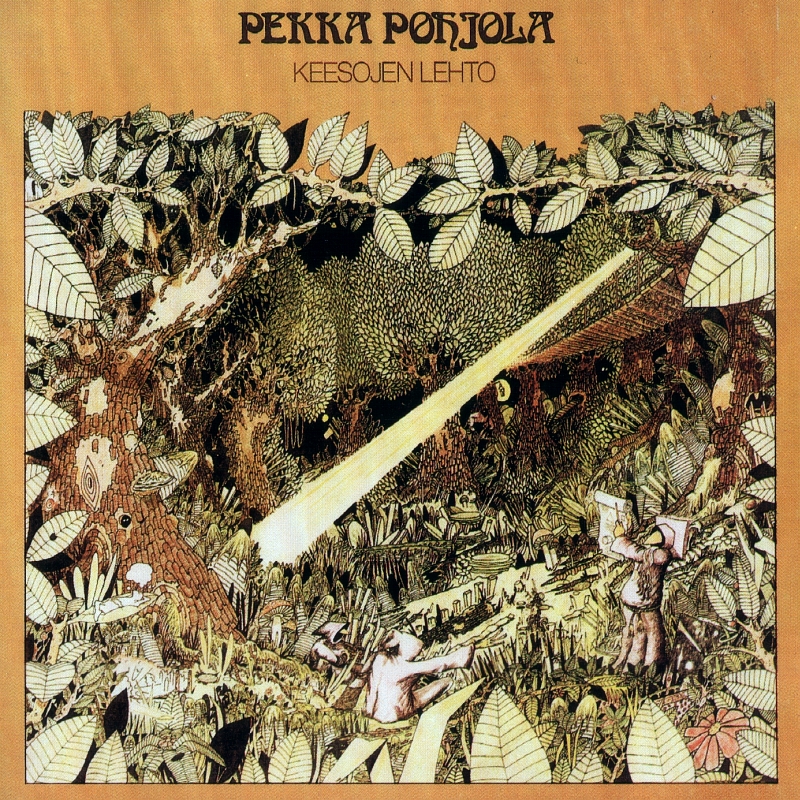 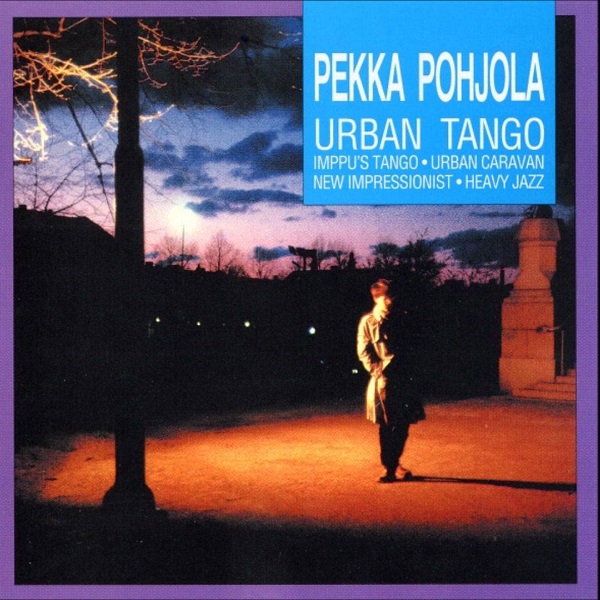 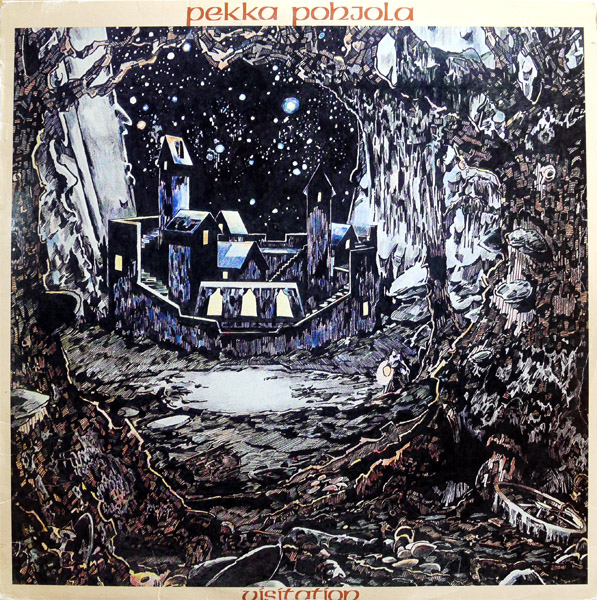 For anyone not yet familiar with the name of Pekka Pohjola, he is a Finnish composer, bandleader, and bassist among bassists primarily, but also fluent on piano, synthesizer, and trumpet as well. He's produced a long string of solo albums covering a variety of instrumental progressive forms beginning with Pihkasilmä Kaarnakorva in 1972, while still a member of his original group Wigwam. Since 1990, this debut and his second and much acclaimed Harakka Bialoipokku (aka B - The Magpie) have been available on a 2-on-1 CD. More recent albums beginning with 1984's Space Waltz have been available on disc almost from the getgo. It was his late 70s and early 80s material that had always eluded reissue; finally, beginning with Visitation in the end of 1993, most of his back catalog is now out on disc, save 1978's The Group.

Keesojen Lehto is a continuation onward from the keyboard based melodic jazz-rock style he began with Magpie, combining elements of folk and classical sensibilities into the mix, and adding perhaps a little more rock punch. This is unique among his albums, in that it's a joint effort with Mike Oldfield, who is featured on guitar on all but one of the five tracks. Also featured are Sally Oldfield (ethereal vocal on a couple tracks) and Pierre Moerlen (drums,perc) of Gong on others. Through the years this album has been released under a number of different titles, including The Mathematician's Air Display, an English translation of the closing title on side one, and The Consequences of Indecision, the English translation of the sixteen-minute stunner that took up most of side two. In all, this is a good one. Oldfield's guitar is everywhere, but this is clearly Pohjola's show, and while it's not quite as cohesive and eloquent as Magpie, it's still very good, and shows progress compositionally.

Visitation was a major step forward for Pohjola, the first major pinnacle that all the early albums led up to. Still operating in essentially a melodic jazz-rock mode, yet driven by many new influences above and beyond Keesojen, he pulled together the best of his compositional skills for this one, surpassing anything he had done up to this point. There are stronger classical elements, more employment of dissonance, dynamic shifts, and general stylistic adventurism. The core of musicians here were carried forward from the ill conceived 1978 project The Group, specifically star axeman Seppo Tyni and drummer Vesa Aaltonen. Ohli Ahvenlahti, who played keyboards in The Group is only featured on a couple tracks here, as Pohjola handles piano on most tracks. More specifically, this is less a keyboard album, melodies being carried by an expanded wind and horn section featuring saxes, oboe, trumpet, etc, and even employing the Helsenki Philharmonic string and wind sections on two of the six tracks, including the stirring and passionate closer "Try to Remember." Overall, a great album, and for anyone not familiar with Pohjola, this is probably the best place to start getting familiar.

A new drummer (Ippe Katka) and keyboardist (Pekka Tyni - Seppo's brother I presume) and it's back to the four-piece lineup for 1980's Kätkävaaran Lohikäärme, more of a rock album than anything up to this point, especially given Seppo Tyni's knack for pyrotechnic guitar outbursts. Consisting of four lengthy tracks, it burns bright at both ends and takes no prisoners. Yet even still, at the core of the music here, as before, is a compelling combination of jazz and classical elements and occasionally traces of folk. The fifteen-minute title track opens, a dark and spacy opus with plenty of room for soloing and improv, but the same point could have easily been made in half the time. More succinct and better developed are the second and closing tracks "Tehdasmusiikkia" and "Inke Ja Mä," both rich, powerful and intensely melodic. "Sampolini," the original side two opener is the most 'fusion-like', reminding of The Group but with more direction and purpose. In the grand scheme, this album becomes a reference point for later albums like Space Waltz. Overall, quite good — and again, a big step forward in a totally new direction.

Two years later, and with an entirely new five-piece lineup, Urban Tango was released. Again, this one moves a step forward from the previous, perhaps re-exploring the fusion aspect while not turning its back on the rock tradition of its predecessor. The classical and folk reappear more prominently as well. Guitar-synth and keyboards define and dominate much of the melodic content, elaborating the tasteful compositions over the impressive rhythms of drummer Leevi Leppanen and Pohjola's bass. This is the album where Pohjola really shows his chops: he's not a thunder bassist like Hopper, Top, or Paganotti, nor a power-funkster like Hattler or Levin; instead, Pohjola takes the melodic approach, like McCartney — adding flashes of counterpoint and detail while driving the rhythm forward, clearly showing his classical training. Guitar is used mostly for dynamic accentuation, although Peter Lerche does manage to whip out a few impressive solos, and also provide some nice mandolin throughout "Impuu's Tango," a true rock tango that erupts into some smooth and colorful impressionistic fusion. Also of note is the sixteen minute Pat Metheny styled "New Impressionist," perhaps the only Pohjola track that recalls anyone else's work, and a track that certainly lives up to its title. Here Pohjola delivers a rare but splendid solo on bass. Another great one, for sure.

Lastly comes Everyman / Jokamies, the soundtrack to a Finnish film by director Hannu Heikinheimo, and the album that this writer searched for for years but could never find! Four tracks from it were included on the US compilation CD New Impressionist (now deleted), and two others were included as bonus tracks on the CD release of Space Waltz. It is good to hear all these together, plus the four missing numbers in the order they were originally intended. Using many of the same musicians from Urban Tango, this is a very diverse album that covering many styles, yet interestingly enough leaves much of the jazz-rock element behind. Replacing it is powerful neo-classicism and rock, taking the form of dark and moody explorations, dominated by multiple keyboards. Typifying this tendency is "Death?" — multi-keyboards painting dark and shadowy images in a highly impressionistic setting, and perhaps one of the album's most compelling tracks. "Hope" and "Coral" tie together, beginning with an echoey melody on solo synth, slowly building to a full chorus provided by the Chamber Choir of Suomen Laulu. "No Way Out" and "Strangling" are dark, slow paced rockers with heavy keyboard embellishments, the latter reminding me a bit of Steve Hackett's "The Steppes." Album closer "Agnus Dei" is another vocal track with choir supporting, a beautiful yet haunting ending to perhaps Pohjola's finest and certainly his most atypical album.

Lana Lane - Garden of the Moon – When one has to crank out fifty or sixty reviews per issue, you pretty much have to be listening to music at every possible opportunity, including hours spent at the so-called day job. Usually it's...  (1999) » Read more

McLaughlin and Santana together in 2011